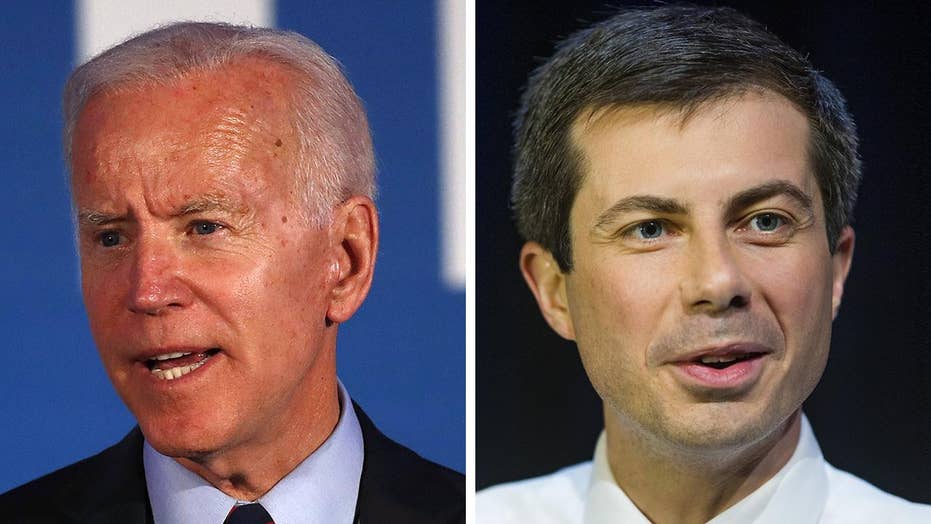 Pete Buttigieg slammed both President Trump and Joe Biden in one comment at a gay pride event in Iowa on Saturday.

“Don’t listen to anybody in either party who says we can just go back to what we were doing,” Buttigieg told the Des Moines crowd, according to the Washington Examiner. “We in the LGBT community know that when we hear phrases like ‘Make America Great Again,’ that that American past was never quite as great as advertised.”

It’s a usual refrain for Buttigieg to criticize Trump’s “Make America Great Again” slogan, but by including “both parties” he seemed to reference Biden — who is running on his decades-long political career and on Democrats’ nostalgia for the Barack Obama presidency.

In fact, Biden posted a tweet Saturday, reminding his followers of his close association with his former boss.

But Biden has recently come under scrutiny over issues like his reversal on the Hyde Amendment on abortion funding and the 1994 crime bill, according to the Examiner.

The former vice president has consistently led the pack of 2020 Democratic contenders, and his rivals have struggled to tread the fine line between standing out from Biden and avoiding alienating his supporters.

Despite the dig, Buttigieg, the mayor of South Bend, Ind., balked at the idea that he should see the other candidates as the enemy.

“I don’t even view us as having opponents so much as competitors. You would be surprised how often we are in dialogue with each other,” he said. “We might as well carpool,” he joked about the large number of candidates in Iowa over the weekend.

A new poll of likely Democratic caucus goers in Iowa that came out Saturday shows Biden’s support in the first caucus state has gone down by nearly a third since last fall and Buttigieg is now in a statistical tie for second place with Sens. Elizabeth Warren and Bernie Sanders.