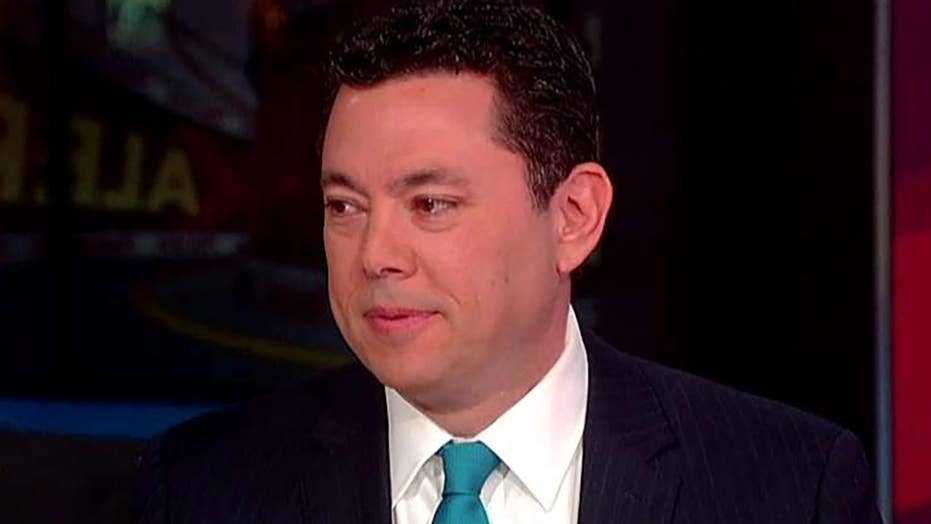 Chaffetz calls for investigation into how ‘farce’ Russia probe started

Leading Democrats repeatedly lied about President Trump colluding with Russia and now have to answer to the American people, according to former House Oversight Committee Jason Chaffetz.

The letter stated definitively that Mueller did not establish evidence that President Trump’s team or any associates of the Trump campaign had conspired with Russia to sway the 2016 election — “despite multiple offers from Russian-affiliated individuals to assist the Trump campaign.”

“The president is stronger politically than he has ever been right now. It was a cloud, it gave a talking point to every Democrat… now people can go back and look at it and say, ‘you all lied to us for two years’,” Chaffetz said.

“Adam Schiff has essentially just lied to the American people time and time again… under the guise he had supposed classified information,” he said.

“Not only did the president not collude… it is so totally polar opposite of what Nadler and other Democrats said.

“They said they were going to fully accept the conclusions of Mueller, over and over again, and now there aren’t.”

Chaffetz’s comments came after President Trump told reporters Sunday that the release of a summary of Special Counsel Robert Mueller’s Russia probe findings represented a “complete and total exoneration,” calling it “an illegal takedown that failed.”

“So after a long look, after a long investigation, after so many people have been so badly hurt, after not looking at the other side, where a lot of bad things happened, a lot of horrible things happened, lot of very bad things happened for our country, it was just announced there was no collusion with Russia, the most ridiculous thing I’ve ever heard,” Trump said as he prepared to board Air Force One to return to Washington from his Mar-A-Lago estate in Florida.

Trump’s legal team, led by former New York City Mayor Rudy Giuliani and Jay Sekulow said in a statement that the report’s findings were “a complete and total vindication of the President.”