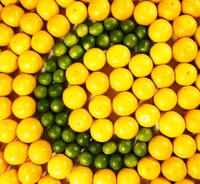 22 May 2017 — Since 2016, the price of vitamin C has increased steadily for several reasons. Factories in China that produce vitamin C and taurine are seriously considering price increases. From the beginning of 2016, prices of these products began to increase, followed by many other ingredients; starting in Q4, prices began to increase substantially. Vitamin C factories are underfunded due to the low price in recent years, resulting in a strong desire to raise prices.

The speculation is that some new large factories are ready to produce vitamin C and these products will enter the market later this year. The capacity in China is still huge and, in the long term, it is still hard to raise vitamin C prices are. A possible price drop is predicted for the rest of 2017.

Environmental regulation policy in a region of China responsible for a vast percentage of vitamin C production has led to a crippling of supply and a subsequent surge in prices.

FoodIngredientsFirst spoke with Dennis Rijnders from DSM during VitaFoods 2017 who explained that there is a lot of turbulence in the vitamin C market. “We see continued growth in vitamin C demand and a lot of new market introductions with vitamin C claims. We see a lot of new research coming out showing that vitamin c would help a lot of people if they take 200mg a day – instead of 100mg that is currently being advised.”

“The long term outlook for this is very healthy,” he notes.  “On the other hand, on the supply side there are big dynamics happening.  In China we see changes in regulatory and environmental compliance and control which is having a huge impact on the supply side. Air pollution control measures is having a huge influence, the government in the greater Beijing area have announced draft air pollution plans. This is an area of which almost 60 percent of global vitamin C producers are based, as a result of this it would be constraining production.”

“The government needs to do something about this pollution,” he claims. “This air pollution is very unhealthy for the people of China, and something that they would like to improve. If that happens we are potentially talking about 50 percent reduction on 60 percent of the words capacity.” He adds: “That’s a tremendous impact.”

What is the impact of price? “Market prices have got up from $3.5 dollars to $9 or $10,” Rijnders notes. “In longer terms outlook will not dramatically change, market prices are what they are.”

“One of the recent things we have seen during this supply crunch is that not all suppliers honor their commitments. That is key for us at DSM; people can trust DSM as a supplier to keep their commitments as part of its overall quality promises.”

You can view the full video interview here.

Last year, Royal DSM announced that it is increasing prices for the Vitamin C forms produced in China by a minimum of 10%. Discussing the price increase, Nelleke Barning, Global Director Communications and External Affairs, DSM Nutritional Products, told FoodIngredientsFirst,“We continually invest in upgrading and developing our production sites, in particular those we acquired in China with Aland (DSM Jiangshan), improving efficiency and environmental performance.”

Barning continued” “As everyone knows, there have been clear upward pressures on production costs in China, such as increasing wages and more stringent environmental regulations, (which, by the way, we welcome) against a backdrop of historically declining prices. We need to ensure the balance is right for our business.”

The company stated that the price increase will also ensure their clients continue to benefit from a healthy vitamin C market.

“Vitamin C is a key nutritional ingredient with various benefits for human health; it’s important that the market is also healthy,” explained Barning.

“This requires investment in line with DSM’s Quality for Life principles. Clients will benefit from a healthy market as well.”

The company, which claims to ‘drive economic prosperity, environmental progress and social advances to create sustainable value for all stakeholders simultaneously’ is in the process of implementing a strategy to grow and support its global business.