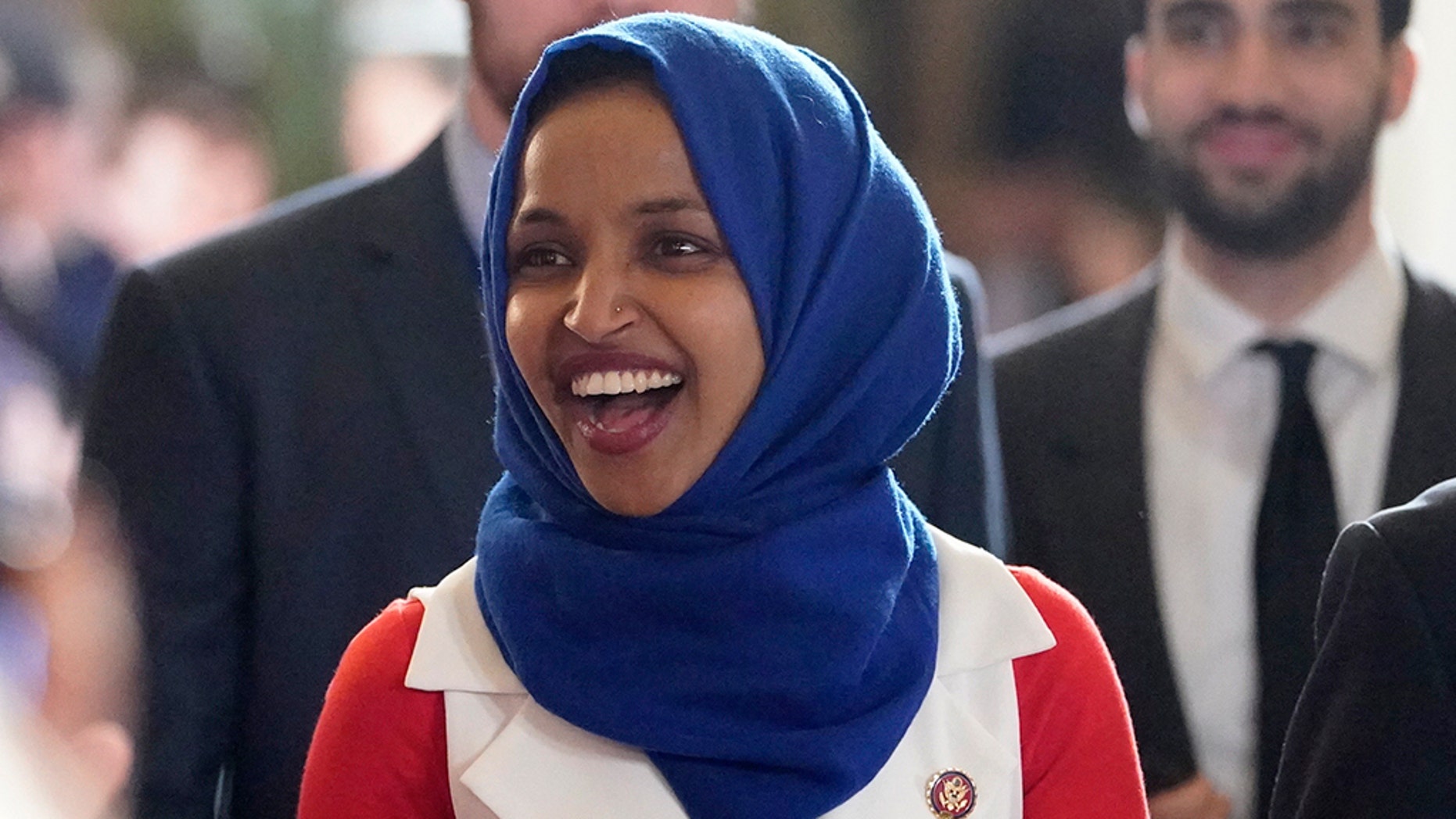 “There’s situations in our conference where a member does something that is wrong — I think you’ve seen from my own actions that I take action about it,” McCarthy told reporters Friday, making an apparent reference to Republican congressman Steve King of Iowa. “I think when they stay silent, they are just as guilty … I think this will not be the end of this, and if they do not take action then I think you will see action from myself. It’s unacceptable in this country, especially when you sit back and think about and listen to what this country went through in World War II.”

MCCARTHY ASKS DEMS TO DENOUNCE ALLEGED ANTI-SEMITIC REMARKS: ‘THIS WILL NOT BE THE END OF THIS’

Greenwald accused McCarthy of targeting Omar and Tlaib for their numerous criticisms of Israel, to which Omar chimed in “It’s all about the Benjamins, baby,” quoting a 1997 rap song by Puff Daddy. She then doubled down when challenged by Batya Ungar-Sargon, the opinion editor of The Forward newspaper.

“Would love to know who @IlhanMN thinks is paying American politicians to be pro-Israel, though I think I can guess,” Ungar-Sargon tweeted. “Bad form, Congresswoman. That’s the second anti-Semitic trope you’ve tweeted.”

In response, Omar tweeted “AIPAC!” referring to the American Israel Public Affairs Committee, which regularly has been accused by progressives of agitating for a conflict with Iran.

“We are proud that we are engaged in the democratic process to strengthen the US-Israel relationship,” AIPAC tweeted Sunday evening. “Our bipartisan efforts are reflective of American values and interests. We will not be deterred in any way by ill-informed and illegitimate attacks on this important work.”

Another freshman Democrat, Max Rose of New York, tweeted that Omar’s statements “are deeply hurtful to Jews, including myself.”

“When someone uses hateful and offensive tropes and words against people of my faith, I will not be silent,” Rose said in a statement. “… At a time when anti-Semitic attacks are on the rise, our leaders should not be invoking hurtful stereotypes and caricatures of Jewish people to dismiss those who support Israel. In the Democratic Party – and in the United States of America – we celebrate the diversity of our people, and the Gods we pray to, as a strength. The congresswoman’s statements do not live up to that cherished ideal.”

The Republican Jewish Coalition called on House Speaker Nancy Pelosi, D-Calif., to take action against Omar and asked rhetorically if other House Democrats would “care to comment on the outrageous anti-Semitism being spewed by one of your fêted members?”

McCarthy himself tweeted: “Anti-Semitic tropes have no place in the halls of Congress. It is dangerous for Democrat leadership to stay silent on this reckless language.”

Former U.S. Ambassador to the United Nations Nikki Haley, who repeatedly accused the global body of anti-Israel bias during her tenure, tweeted that Omar’s statements “CANNOT be tolerated in our own Congress by anyone of either party. In a time of increased anti semitism, we all must be held to account. No excuses.”

Chelsea Clinton tweeted: “We should expect all elected officials, regardless of party, and all public figures to not traffic in anti-Semitism.”

Left-wing historian and Politico Magazine contributing editor Joshua Zeitz tweeted: “I’m one of those American Jews who opposes the occupation [of the West Bank and Gaza Strip], laments Israel’s anti-democratic drift, and doesn’t regard the country as especially central to my Jewish identity. And I knew exactly what the congresswoman meant. She might as well call us hook-nosed.”

Clinton later promised that she would “reach out” to Omar Monday after another user said she was “disappointed” that Clinton was “piling on.”

“I would be happy to talk,” Omar tweeted at Clinton in response. “We must call out smears from the GOP and their allies. And I believe we can do that without criticizing people for their faith. I look forward to building an inclusive movement for justice with you.”

Sunday marked the latest in a long line of statements by Omar that critics have slammed as anti-Semitic. In 2012, she tweeted that “Israel has hypnotized the world, may Allah awaken the people and help them see the evil doings of Israel. #Gaza #Palestine#Israel.” She did not apologize for posting the tweet until last month.

In January, Omar argued in a Yahoo! News interview that Israel could not be considered a democracy and compared it to the Islamic theocracy in Iran.

“When I see Israel institute laws that recognize it as a Jewish state and does not recognize the other religions that are living in it, and we still uphold it as a democracy in the Middle East I almost chuckle because I know that if we see that any other society we would criticize it, call it out,” she said. “We do that to Iran, we do that to any other place that sort of upholds its religion. And I see that now happening with Saudi Arabia and so I am aggravated, truly, in those contradictions.”