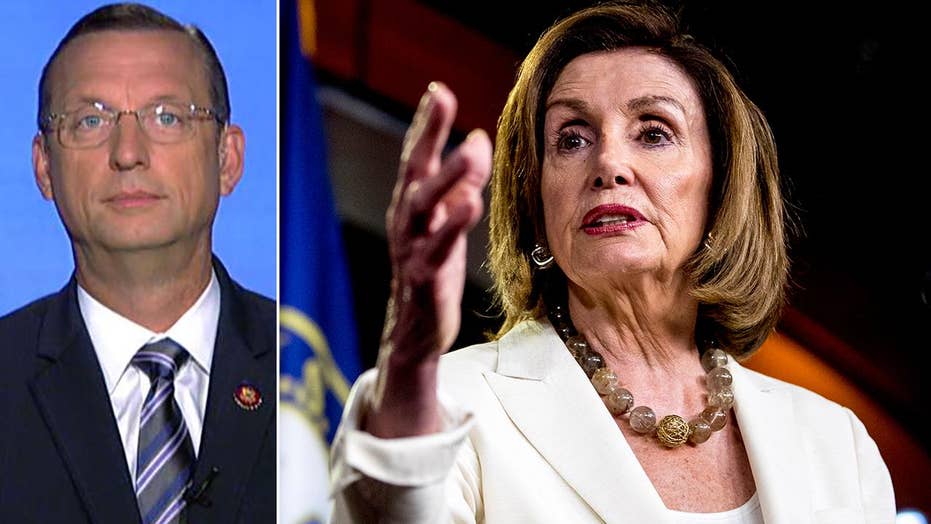 Rep. Collins: Pelosi’s remarks on Trump’s ‘racist’ comments were ‘clearly over the line’

Republican Rep. Doug Collins speaks to ‘Fox &amp; Friends’ in the aftermath of a House floor fight on a resolution condemning ‘racist’ comments by President Trump.

Georgia Republican Rep. Doug Collins said Wednesday on “Fox & Friends” that Nancy Pelosi’s speech on the House floor was “clearly over the line,” defending his decision to demand her words be stricken from the public record.

Collins said the very title of the resolution violates the rules of the House, since it ascribes a “motive” to the president by calling him “racist.”

“They passed a resolution that they cannot read on the floor of the House. That shows you bad this is. … This is nothing but to get the president, to make a mockery of their own leadership abilities because they don’t like this president,” he said.

After Collins’ objection, the Democrat-controlled House voted along party lines not to strike Pelosi’s words from the record and voted separately to restore her speaking privileges. A resolution was then passed to condemn Trump’s “go back” remarks directed toward four freshmen Democratic women.

He said their recent rhetoric, especially about border detention facilities, shows the House “is broken right now and why the president is leading.”

“We in the House have to maintain the decorum that we have,” said Collins.