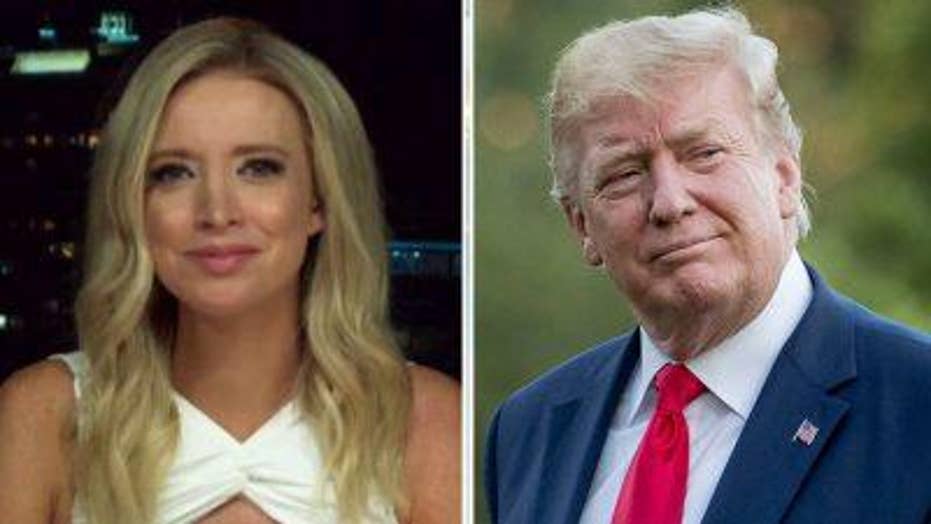 Kayleigh McEnany on the Ingraham Angle

Kayleigh McEnany on the Ingraham Angle

Critics of President Trump’s planned “Salute to America” celebration are letting their disdain for the Republican get in the way of celebrating the Fourth of July, according to the president’s reelection campaign spokeswoman.

There is no reason to object to the president’s Thursday evening celebration at the Lincoln Memorial, Trump 2020 national press secretary Kayleigh McEnany said Wednesday on Fox News’ “The Ingraham Angle.”

“Let’s be clear what this is about,” she said. “Their hate for President Trump is clouding their love for this country. This is a ‘Salute to America.’

“Leave it to the left to be unpatriotic the day before and day of the Fourth of July.”

In a montage played by guest host Tammy Bruce, Washington Mayor Muriel Bowser, a Democrat, said on MSNBC she hoped, “that we never see this spectacle of our military force being on display as a show of force to our own people.”

Rep. Don Beyer, D-Va., who represents neighboring Alexandria, claimed Trump, “must be the most insecure man I’ve ever seen.”

In another interview, Del. Eleanor Holmes Norton, D-D.C., said tanks should not be rolling in her city.

Earlier this week, an Associated Press photographer spotted the two M1A1 Abrams tanks, along with four other military vehicles, in a railyard at the southeastern edge of Washington. A military official earlier told the AP that the tanks were transported north from Fort Stewart in Georgia.

The vehicles include M1A1 Abrams tanks, the type currently used by American armed forces, as well as Sherman tanks, the kind commonly used during World War II, according to the president. Having tanks rolling down the streets of D.C. had raised concerns due to their weight, with the Abrams tanks weighing upwards of 60 tons each. Trump acknowledged these concerns Monday, without offering many details.