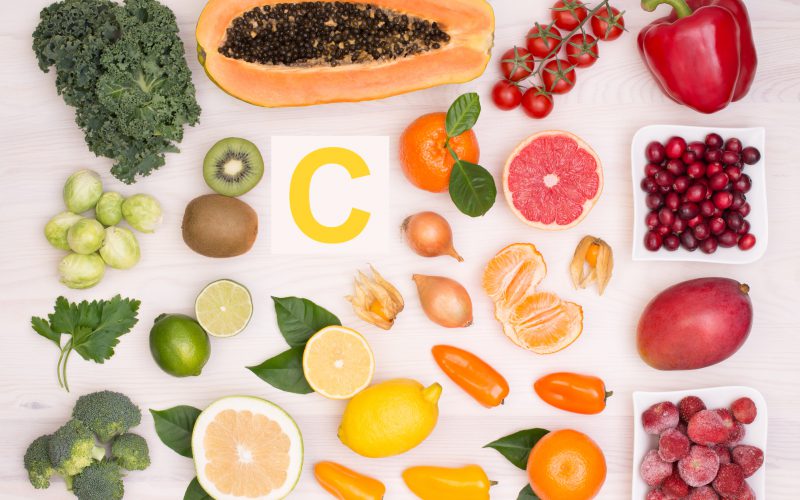 A conformist attitude arising out of contemporary medical training has an unbelievable hold on the minds of most doctors. Conformity has been seeded and cultivated resulting in numbing the ability to think, to analyze, and to open the mind towards anyone who puts forth something that does not harmonize with the system.

Doctors in their white coats and “medical” training handed down to them via ivory towers would be the last to believe their schooling and social indoctrination has been in error. They are not only victims of the system, they are its servants.

Anyone can quickly evoke a negative response from their doctor by suggesting a nonconventional therapy, no matter how powerful and self-evident its efficacy.

And so it is with the responses by the medical orthodoxy to a successful sepsis treatment using large doses of nature’s medicine known and used by alternative medical practitioners for years.

In Virginia, Dr. Paul Marik, chief of pulmonary and critical care at Eastern Virginia Medical School, has begun treating sepsis patients with IV infusions of vitamin C combined with hydrocortisone, a steroid that reduces inflammation. He has seen remarkable results battling a condition that has a high mortality rate that increases by 7 percent per hour without treatment.

Sepsis affects more than 1 million Americans annually, and between 28 percent and 50 percent die from it, according to the National Institutes of Health. And the number of cases is increasing every year.

Traditional treatment is through the use of a combination of antibiotics, along with organ system support and surgery, with fluid replacement and/or medications to raise blood pressure. But with the high mortality rate it’s clear that traditional treatments are inadequate.

Marik tried the vitamin C treatment as a Hail Mary on a 53-year-old patient who he was certain was about to die of the infection.

“When you have a person that young who’s going to die, you start thinking, ‘What else can we pull out of the bag?’” Dr. Marik, who was on duty that day in the intensive care unit of Sentara Norfolk General Hospital, told The Virginian-Pilot.

By the next morning the patient had improved so much that she was removed from four medications that were boosting her blood pressure, her kidney function was better and she was breathing easier. Three days later she was moved from ICU.

Kathi Hudgins, a critical care nurse for 23 years, confesses she doubted Marik’s idea: “I thought it was too simplistic.”

Does her answer surprise you? After all, she’d been indoctrinated into the same system as the doctors where nearly everything needs a differential diagnosis and requires a complex synthetic drug therapy or surgery.

But soon, she was sold on “simple” vitamin C.

“We started having patient after patient have these remarkable results,” she said. “They’d be at death’s door and 24 to 48 hours later, they had turned around. We have seen patients walk out of here we didn’t think would leave. To see them turn around so quickly was nothing short of amazing.”

A study published in the medical journal for the American College of Chest Physicians revealed that of 47 patients with sepsis treated in Norfolk General’s ICU, four died in 2016, an 8 percent mortality rate. Of those four, none died of sepsis but rather the conditions that led to sepsis in the first place. The previous year, 19 of 47 septic patients died, a 40 percent mortality rate.

Marik, the author of hundreds of peer-reviewed journal articles, 50 book chapters and four books on critical care, is traveling around the country. And The Virginian-Pilot reports:

He’s gotten significant pushback from doctors who say it’s unethical to try before larger studies are done. But he responds that the use is within the limits of what the Vitamin C pharmaceutical label recommends.

“Half think it’s cool and half think this is hooey nonsense. When something is too good to be true, people don’t want to believe it.”

How can traditional doctors fear the use of vitamin C? Its anti-inflammatory properties have long been known. That’s why your mother probably told you to drink orange juice when you had a cold or flu. It is a water-soluble vitamin that doesn’t build up in the tissues, and any excess is excreted.

Dr. Royal Lee believed that no patient would die of an infectious disease until his reserves of vitamin C have been exhausted. Then the vitamin C deficiency would be the real cause of death, not the infection.

Even a mild deficiency of vitamin C means loss of resistance to infection. In fact, vitamin C deficiency is specific to infections. Vitamin C has been found essential to the activity of phagocytes (white killer cells) in their normal function of destroying disease germs.

No pneumonia patient is known to die until his reserves of vitamin C are completely exhausted. No vitamin C can be found in any of the tissues of a victim of an infectious disease.

So why would Dr. Marik dare step outside of traditional medical orthodoxy and be open to trying new “radical” treatment options like large doses of vitamin C? I believe it is because he was educated and trained outside the U.S. medical-industrial establishment.

It’s important to eat foods with it, since they give you the co-factors and micronutrients that work with vitamin C. Most people think of oranges, but a sweet pepper has 20 times the vitamin C of an orange. Acerola cherries, chives, cilantro and rose hips are also much better than oranges for vitamin C.

Due to our ongoing deficiency, I would say you need to supplement, so here’s something to think about: Humans don’t make vitamin C, but if we did, how much would we need to make?