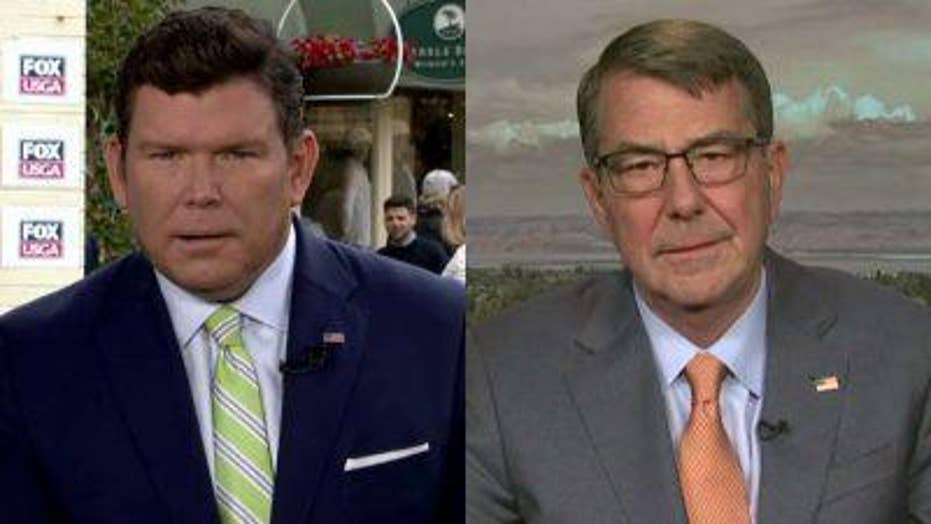 Iran’s government is feeling the pressure of sanctions, though relations are still tense between Washington and Tehran, according to former Defense Secretary Ash Carter.

Secretary of State Mike Pompeo was correct to claim Iran is to blame for an attack on oil tankers in the Gulf of Oman this week, Carter told Bret Baier on “Special Report.”

“Secretary Pompeo came out yesterday… and shared some of the intelligence upon which the assessment has been made that it was the Iranians — I don’t think there can be any doubt about that,” the former Obama administration official said.

“I think the Iranians are feeling the pressure of sanctions,” he added.

Carter said he does not want a military confrontation with Iran, though adding the United States would win any serious encounter.

“We have a strong Naval presence there. There is a lot we can do,” he said. “Nobody wants war with Iran. I don’t want a dust-up with Iran. But I know who will win if there is one. That’s us.”

The former secretary said the Iran Nuclear Deal reached under the Obama administration, from which the Trump administration withdrew, was never supposed to be a cure-all.

“That was never a grand bargain with Iran. It could never have been. There is too much that they do that we don’t agree with.”

Carter also spoke about his new book, “Inside the Five-Sided Box,” in which he reflects on his decades of working in the Pentagon.