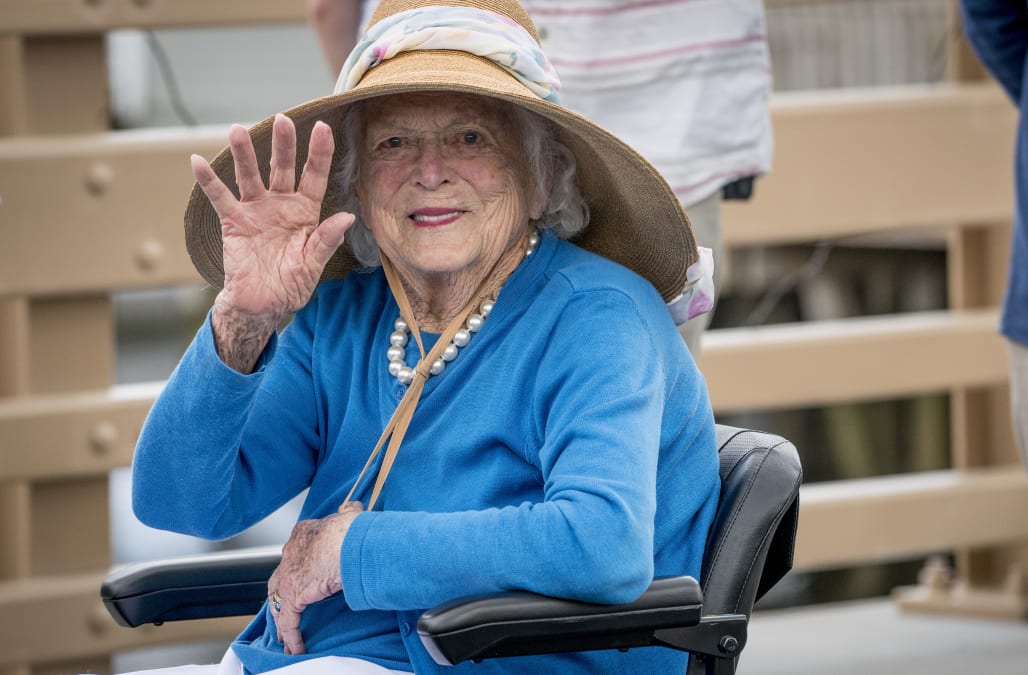 Barbara Bush didn’t vote for Donald Trump, but two weeks after he won the presidential election, she sent his wife Melania a warm letter welcoming her to “the First Ladies very exclusive club.”

An upcoming biography about Bush reveals details of the note she penned to Melania Trump as the incoming first lady faced intense speculation about when she would move her family to Washington from New York — or whether she planned to move from their New York penthouse at all.

Bush, who died last April 17, urged Trump to do whatever was best for her and her son, Barron.

“Dear Mrs. Trump, The world thought I was writing this note to Bill Clinton. I am glad that I am not,” Bush wrote. “I wanted to welcome you to the First Ladies very exclusive club. My children were older and therefore I did not have the problems you do. Whatever you decide to do is your business and yours alone.”

Bush also offered the same advice she gave Hillary Clinton in 1992 as her family prepared to move into the White House with their only child.

“Living in the White House is a joy and their only job is to make you happy,” Bush wrote. “If you decide to stay in NYC that will be fine also. When you come to the White House let your son bring a friend. That is my unasked for advice. God Bless you.”

Bush’s heartfelt letter stood in contrast to how much she disliked Donald Trump, an aversion that went back decades, according to her biography, “The Matriarch: Barbara Bush and the Making of an American Dynasty,” written by USA TODAY’s Washington bureau chief, Susan Page.

Bush considered Trump “greedy, selfish and ugly,” according to her diaries from the 1990s, which she made available for the book.

Bush would later blame Trump for what she called the heart attack she suffered in June 2016. She formally suffered from congestive heart failure but said that year’s presidential campaign and Trump’s constant ridicule of her son, Jeb Bush, had caused her to have a heart attack.

After the election, Bush kept a Trump “countdown clock” by her bedside table. Given to her as a joke by a friend, the red, white, and blue digital clock displayed how many days, hours, minutes and seconds remained in Trump’s term.

In her biography, Bush revealed that she had actually drafted a very different letter she expected to mail after the 2016 presidential election.

Bush had written a humorous congratulatory letter to Bill Clinton, the husband of Democratic nominee Hillary Clinton, and had planned to welcome him to “the First Ladies Club.” In her letter, she joked: “We can’t wait to initiate you.”