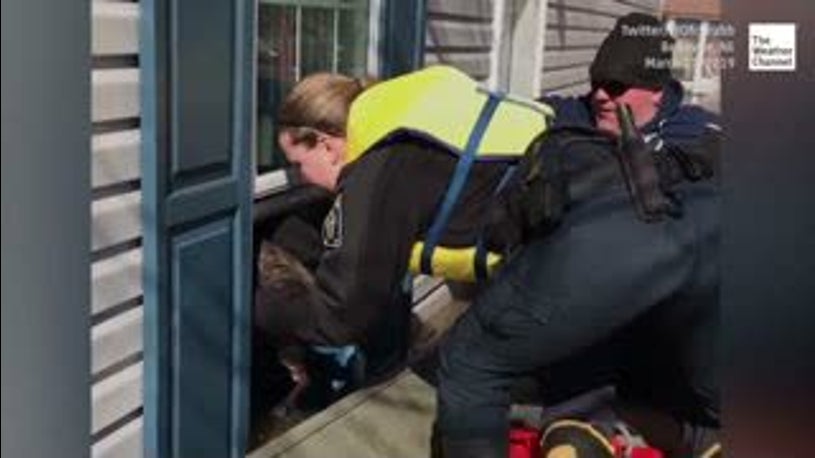 Disastrous flooding is gripping parts of the Plains and Midwest, inundating towns and damaging infrastructure. These before-and-after images give a view of what some of the hardest-hit locations in Nebraska and Iowa are dealing with.

Below you can see how the Spencer Dam on the Niobrara River south of Spencer, Nebraska, was destroyed on Thursday.

Floodwaters then surged down the Niobrara River toward the town of Niobrara, Nebraska.

In this photo you can see how a bridge was destroyed over Highway 12 west of the town. The white arrow shows how the bridge was swept a short distance downstream.

Next is another photo of Highway 12 which was also damaged just west of Niobrara, Nebraska.

This aerial photo shows flooding from the Missouri River spilling into Offutt Air Force Base near Omaha, Nebraska.

Flooding in the town of Valley, Nebraska, located just west of Omaha, is seen in this next photo.

Here’s another view of flooding in the town of Valley, Nebraska.

Severe flooding from the Missouri River has inundated parts of Fremont County, Iowa. These next two photos show the town of Bartlett which is along Interstate 29.