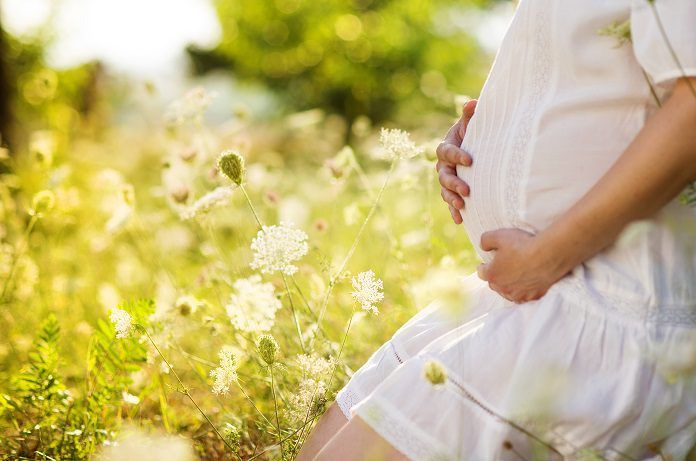 Vitamin D may play a role in preventing pre-eclampsia but a synthesis of the existing evidence published in BMC Pregnancy and Childbirth suggests that further research is needed to verify this claim.

Pre-eclampsia (PE) is a pregnancy-related condition characterized by high blood pressure and proteinuria, or excess protein in the urine. The condition and its associated complications increase the risk of maternal and perinatal morbidity and mortality. Previous research suggests that early onset severe PE, which develops between 20 and 34 weeks gestation, is associated with a 20-fold increase in maternal mortality compared to late-onset severe PE, which develops after 34 weeks.  However, late-onset severe PE is not without maternal or perinatal risk.

The etiology, or cause of PE, is complex and researchers continue to investigate risk factors and physiological pathways associated with the condition. In essence, the body mounts an inflammatory response to reduced placental vascularization, which results in widespread endothelial dysfunction characterized by pathological changes in the lining of the blood vessels. Endothelial dysfunction, in turn, increases blood pressure. Maternal risk factors such as illness from disease, diet, genetics, and obesity predispose some women to pre-eclampsia.

Vitamin D deficiency has been associated with pre-eclampsia in previous research, and there are a number of mechanisms through which vitamin D might help regulate blood pressure in pregnant women. In general, studies suggest that it acts as an anti-inflammatory agent and helps to regulate immune function. Vitamin D may also exert beneficial effects on the renin-angiotensin system, which helps to regulate blood pressure and aid in the maintenance of calcium regulation. Evidence from randomized trials suggests that calcium supplementation during pregnancy reduces the average risk of PE by 50%.

Given the many potential benefits of vitamin D, a group of researchers conducted a systematic literature review to examine the role of vitamin D levels and supplementation on pre-eclampsia in women. Their results were published in the journal BMC Pregnancy and Childbirth.

The researchers conducted a literature search in the PubMed database to identify peer-reviewed articles with abstracts based on the topic. To be included in the review, studies had to include clinical data on vitamin D concentrations and/or supplementation and outcomes relevant to pregnancy-induced hypertension in global settings. Participants in the studies had to be at least 18 years old without any other medical conditions.

Two of the authors screened the studies and extracted relevant data. A third author reviewed the data and helped to resolve any disagreements between the two authors. Of 233 identified studies, 200 did not meet the criteria for analysis, leaving 33 studies available for further review. Of the 33 studies, there were 3 cross-sectional studies, 20 case-control studies, 2 retrospective cohort studies, 6 prospective cohort studies and 2 randomized controlled trials (RCTs). In general, they found that the studies yielded mixed results regarding the effect of vitamin D on PE, making it difficult to draw conclusions regarding the role of vitamin D in preventing or reducing the risk of this condition.

There were several limitations that made it difficult for the researchers to draw conclusions. First, most of the studies were observational in nature; there were only 2 randomized controlled trials and they could not account for calcium levels or intake of other supplements that may have influenced vitamin D levels. One of the randomized controlled trials assessed the role of a multi-vitamin mineral supplement with halibut liver oil containing 2500 IU/g vitamin D from 20 weeks of gestation in preventing pre-eclampsia versus no supplement. The researchers found that the supplement resulted in a 31.5% reduction in pre-eclampsia, but had no effect on the risk of developing gestational hypertension. The other randomized controlled trial examined the role of 2.7 g of fish oil supplementation from 33 weeks of gestation in reducing the recurrence of pregnancy-related hypertension, but no effect was found.

Overall, this review raised more questions than answers, shedding light on the need for further studies with more robust designs. Additional randomized controlled trials that follow participants over time and account for potential confounds such as participants’ vitamin D levels at the start of a study or their levels of sun exposure are needed. These studies should also account for changes in vitamin D levels over time that may be linked to pregnancy-related outcomes. Further study on the optimal dose of vitamin D to prevent pre-eclampsia is also needed, and a standardized definition of pre-eclampsia, including clinical parameters for early- and late-onset pre-eclampsia, would allow for comparison of findings across studies. Further research should involve more individuals at high-risk of vitamin D deficiency, such as African American women, and those at risk of deficiency given geographic location and climate.