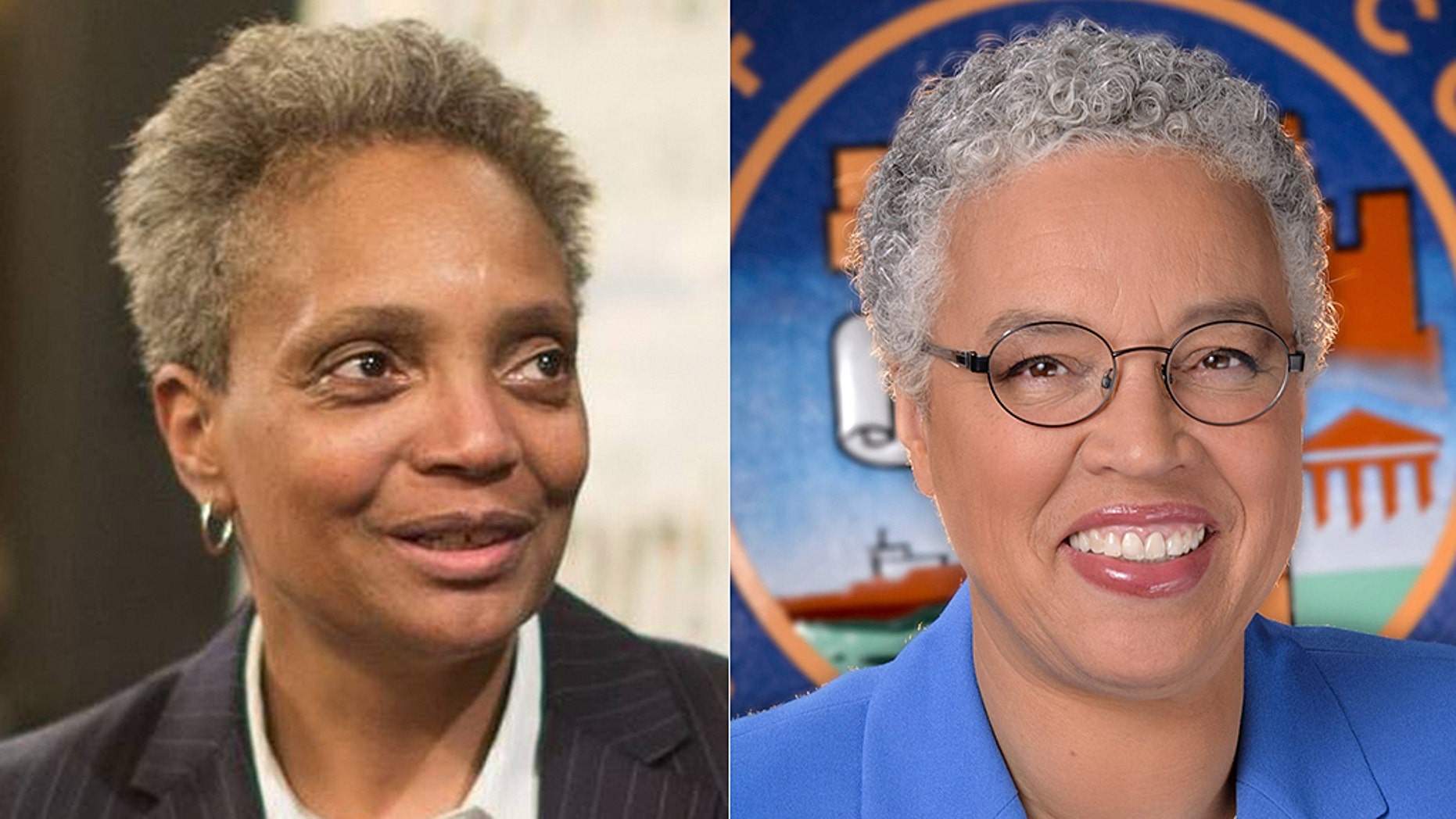 Lori Lightfoot, left, and Toni Preckwinkle, right, will face each other in an April 2 runoff.

Two African-American women clinched the top two spots in Chicago’s mayoral election Tuesday, meaning they will face each other in a runoff to become the Windy City’s first black female mayor.

Lori Lightfoot and Toni Preckwinkle beat 12 other candidates — including William Daley, son of former Mayor Richard Daley — but neither grabbed more than 50 percent of the vote, meaning there will be a runoff in April to succeed outgoing Mayor Rahm Emanuel.

According to The Chicago Tribune, unofficial results showed Lightfoot with 17.5 percent, Preckwinkle with 16 percent and Daley with 14.7 percent. Chicago has had a female mayor before, and an African-American mayor, but never an African-American woman as a mayor.

“What do you think of us now?” Lightfoot told supporters Tuesday night. “This is what change looks like.”

She later congratulated Preckwinkle for reaching the runoff: “No matter which one of us wins, Chicago will make history on April 2nd by electing the first Black woman mayor. It’s long overdue,” she tweeted.

Lightfoot, a political outsider and the first openly gay woman to run for Chicago mayor, was the subject of an early apparent shot from Preckwinkle, a former City Council member and public school teacher, over her lack of political experience.

“It’s not enough to stand at a podium and talk about what you want to see happen,” Preckwinkle said. “You have to come to this job with the capacity and the capability to make your vision a reality.”

According to the Tribune, Lightfoot had positioned herself as the progressive voice against an entrenched Chicago political machine, while Preckwinkle pitched herself as someone with a track record of taking on powerful interests.

“We may not yet be at the finish line, but we should acknowledge that history is being made,” Preckwinkle said in Hyde Part, according to the Tribune. “It’s clear we’re at a defining moment in our city’s history, but the challenges that our city faces are not simply ideological. It’s not enough to say Chicago stands at a crossroads. We need to fight to change its course.”

Turnout was low, with The Associated Press reporting that by late afternoon turnout was around 27 percent of registered voters. The prior low was 33.8 percent in 2007.

Lightfoot and Preckwinkle had both been critical of the city’s response to the 2014 police shooting of black teenager Laquan McDonald. Emanuel’s popularity dropped after the release of video of McDonald’s shooting, and he eventually decided not to seek re-election.

The runoff will take place on April 2.