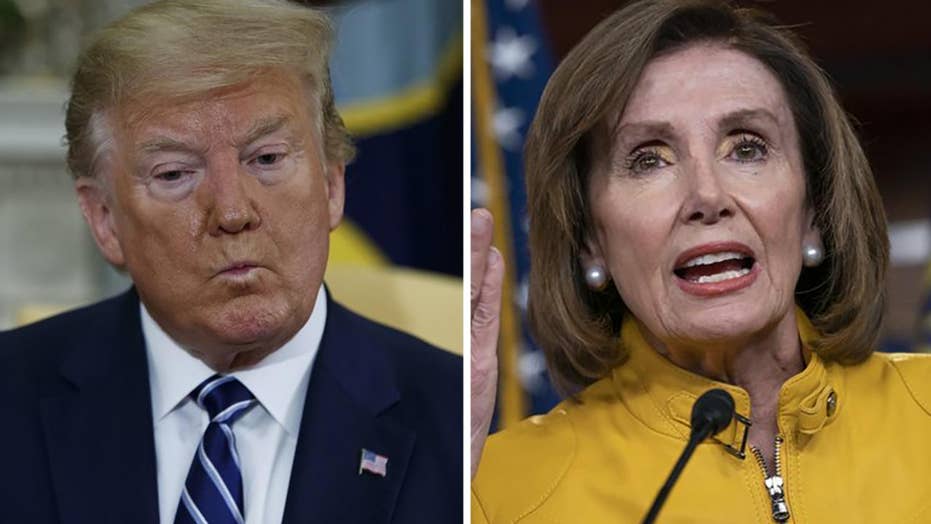 A bill to provide $4.5 billion in emergency funding for the escalating humanitarian crisis at the border was on the rocks Tuesday as the White House threatened to veto over restrictions that would “hamstring” immigration enforcement — and liberal Democrats complained the bill did not go far enough to rein in the administration’s efforts on that front.

Both the House and the Senate are scrambling to vote on funding ahead of the July 4 recess, amid reports of poor living conditions in government shelters and even deaths of child migrants as growing migrant flows flood across the border.

More than 144,000 migrants were encountered or apprehended at the border in May, many of them unaccompanied minors or family units, severely complicating efforts to house or deport them. The Department of Homeland Security (DHS) says the money to address humanitarian concerns at the border and in detention facilities runs out at the end of the month.

The House measure provides $2.9 billion for refugee and migrant care and assistance by the Department of Health and Human Services (HHS), another $1.3 billion for care provided by DHS agencies, and $60 million to reimburse local governments and nonprofits that help shelter migrants. But the White House says it would veto the bill in the current state, claiming it underfunds certain requests and includes toxic policy provisions.

“After ignoring the Administration’s request for desperately needed funding to address the humanitarian crisis at the border for over a month, and despite the efforts of the House minority, the House majority has put forward a partisan bill that underfunds necessary accounts and seeks to take advantage of the current crisis by inserting policy provisions that would make our country less safe,” the White House’s Office of Management and Budget said in a statement.

In particular, the White House pointed to the failure of both the Senate and House bills to provide funding for detention beds, as well as the House bill’s failure to include funding for equipment and courtroom space to support the Migrant Protection Protocols (MPP) — which returns illegal immigrant to Mexico while proceedings are held. It also cites a measure that it says hampers HHS’ ability to increase its capacity to hold child migrants.

The White House also says the bill fails to provide any funding for Department of Defense assistance to DHS border enforcement effort, and blocks the “administration’s current policy of foreign aid to Northern Triangle countries.”

“Because this bill does not provide adequate funding to meet the current crisis, and because it contains partisan provisions designed to hamstring the Administration’s border enforcement efforts, the Administration opposes its passage,” the statement said.

The Senate bill has some bipartisan support. While it includes some limitations on funding being used for the border wall, it does include funding for DOD assistance, and Republicans in the body have backed it. But the House bill seems unlikely to pick up much, if any, GOP support.

House Speaker Nancy Pelosi, D-Calif., was also facing a rebellion in her own ranks from left-wing members opposed to what they see as any support to the Trump administration’s agenda on immigration.

Asked before the meeting about concerns that Democrats’ push for perfection might result in inaction at the border, Rep. Alexandria Ocasio-Cortez, D-N.Y.,  called it “a delicate situation.” Afterward, she appeared to leave the door open saying: “My main goal is to keep kids from dying,” before calling the humanitarian bill a “short-term” measure.”

But others weren’t swayed. Rep. Ilhan Omar, D-Minn., said after the meeting: “We cannot continue to throw money at a dysfunctional system. We are not just asking for simple changes to be made into this bill, but to go back to the drawing board and really address this from a humanitarian issue.”

Changes were still being made to the legislation as of Tuesday morning, with it possible that the House Rules Committee could meet as they try and resolve the issues. A senior House source told Fox News early Tuesday that there would likely be changes to the bill, and the measure could come up later in the day for a debate and vote.

But even if both the House and the Senate passed their respective measures, it is not clear that lawmakers will be able to blend the varying bills into one measure and approve that within a few days.

The fight over the bill comes amid a broader negotiation between the two sides on illegal immigrants and asylum seekers. President Trump on Saturday announced he was delaying a planned mass roundup of illegal immigrants by ICE so a fix to the border crisis could be negotiated in Congress.

Fox News’ Chad Pergram and The Associated Press contributed to this report.