Dianne Feinstein scolds kids who pushed her to back Green New Deal: ‘I know what I’m doing’ – Fox News 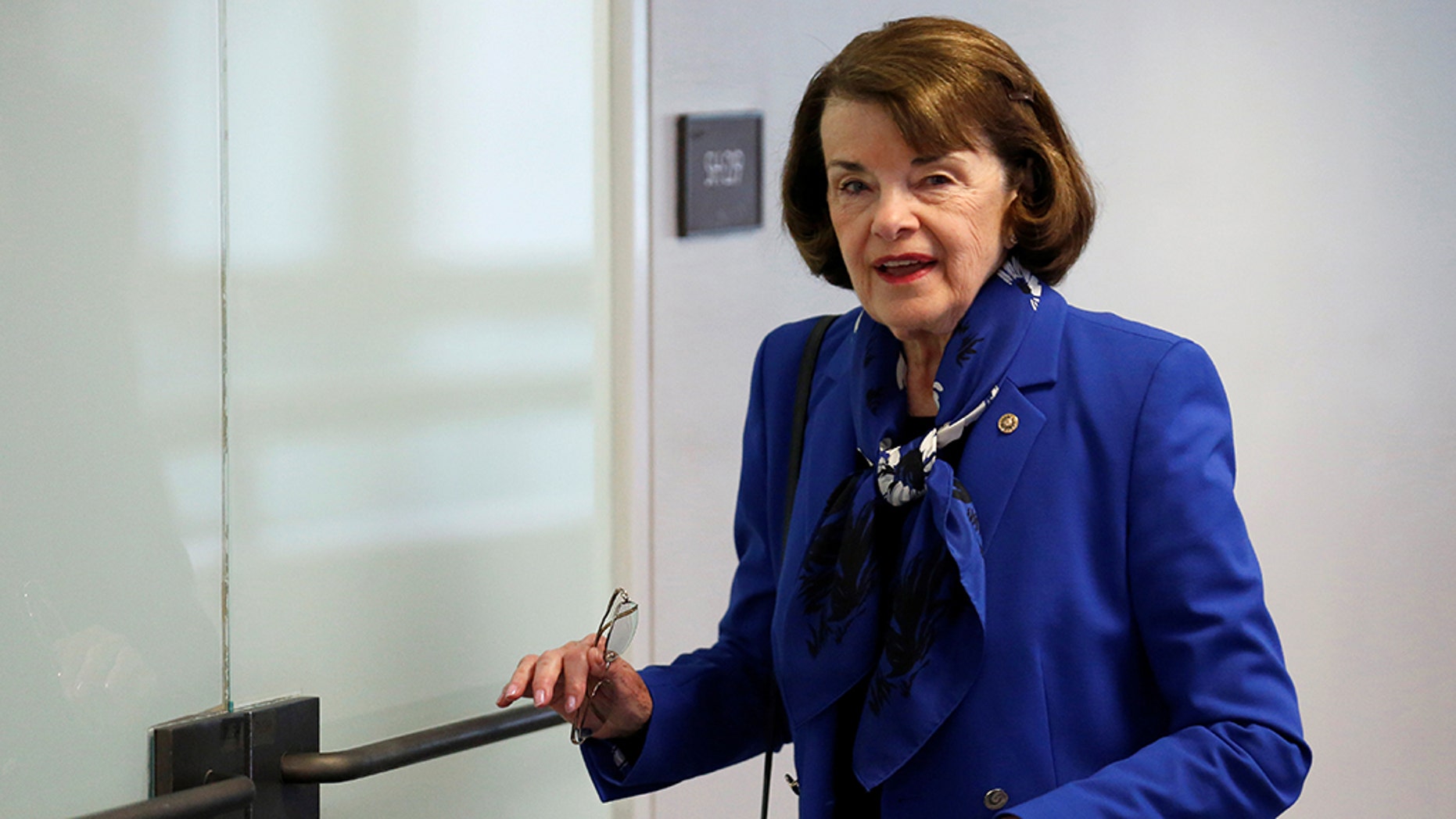 Democratic Sen. Dianne Feinstein pulled rank Friday when a group of kids tried to school her on climate change.

After the group sought her support for the Green New Deal, the 85-year-old senior senator from California let them know she wasn’t about to be bossed around by a bunch of youngsters.

“You know what’s interesting about this group?,” Feinstein said, in an interaction that was captured on video. “I’ve been doing this for 30 years. I know what I’m doing.

“You come in here, and you say it has to be my way or the highway. I don’t respond to that,” Feinstein continued. “I’ve gotten elected, I just ran. I was elected by almost a million-vote plurality. And I know what I’m doing. So you know, maybe people should listen a little bit.”

“You come in here, and you say it has to be my way or the highway. I don’t respond to that.”

Sunrise Movement, an organization that describes itself as wanting to “stop climate change,” shared a clip of the exchange on its Twitter page Friday.

“This is how @SenFeinstein reacted to children asking her to support the #GreenNewDeal resolution — with smugness + disrespect. This is a fight for our generation’s survival. Her reaction is why young people desperately want new leadership in Congress,” the tweet with the video said.

The video begins with the group explaining that they wanted to present a letter to Feinstein and ask her “to vote yes on the Green New Deal.” It then cuts to a shot of the group standing before the U.S. senator from California, expressing their request.

In response to their request, Feinstein informs them that “We have our own Green New Deal.” And then came the point where Feinstein drew the line.

The sides then devolve into a back-and-forth until someone reminds Feinstein that they are “the people who voted” for her and part of her job is to hear their concerns.

“How old are you?” Feinstein asks.

“Well, you didn’t vote for me,” the lawmaker retorts.

In another portion of the video, Feinstein is heard telling the kids that she’s “trying to do the best” that she can, “which was to write a responsible resolution.”

“Any plan that doesn’t take bold, transformative action is not going to be what we need,” a female in the crowd says.

Feinstein then replies: “Well, you know better than I do. So, I think one day you should run for the Senate. And then you can do it your way.”

Feinstein later addressed the exchange in a news release, confirming that she met with a group of children, young adults and parents from the Sunrise Movement who sought her backing for the resolution.

“Unfortunately, it was a brief meeting but I want the children to know they were heard loud and clear. I have been and remain committed to doing everything I can to enact real, meaningful climate change legislation,” she wrote.

“We had a spirited discussion and I presented the group with my draft resolution that provides specific responses to the climate change crisis, which I plan to introduce soon,” she continued. “I always welcome the opportunity to hear from Californians who feel passionately about this issue and it remains a top priority of mine.”

The Green New Deal is an economic stimulus concept that’s designed to tackle income inequality and climate change. The proposal calls for a job-guarantee program offering a “living wage job to every person who wants one,” a plan to aid workers affected by climate change, universal health care and basic income programs, among other items.