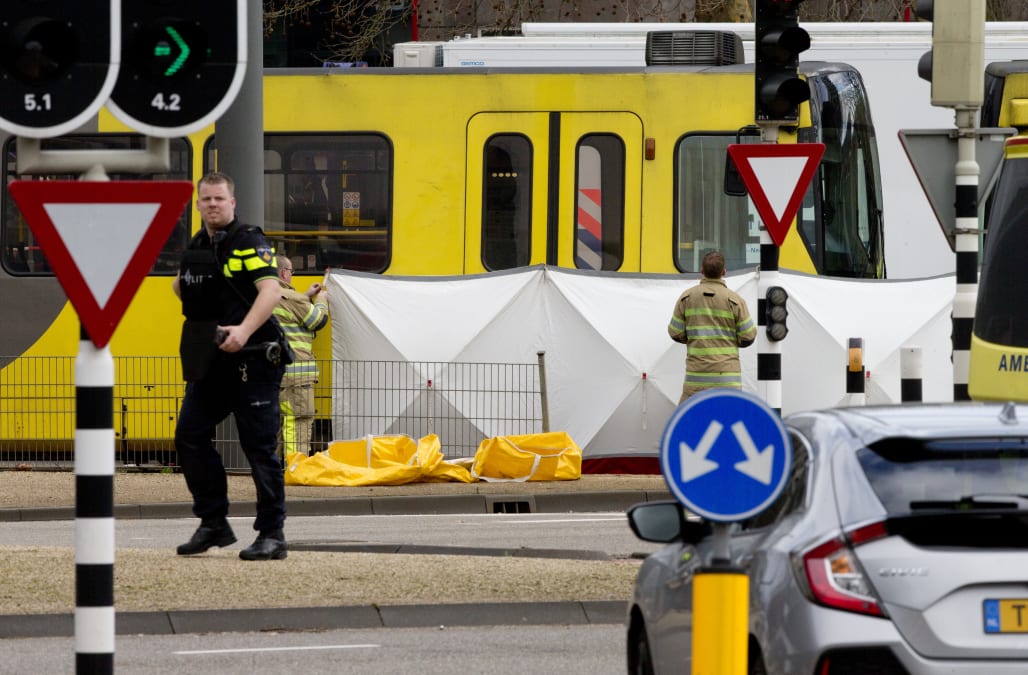 UTRECHT, Netherlands (Reuters) – Dutch police arrested a Turkish man suspected of shooting dead three people and wounding five on a tram in the Dutch city of Utrecht on Monday.

Utrecht police announced the suspect, 37-year-old Gokmen Tanis, had been taken into custody.

The city was put into lockdown after the shooting, shortly after the morning rush hour, which authorities initially said was an apparent terrorist attack. Police conducted raids in several locations.

But hours after the shooting, the gunman’s motive remained unclear. A prosecutor said it could be for “family reasons” and Turkey’s state-run Anadolu news agency, quoting relatives of the gunman, said he had fired at a relative on the tram and had then shot at others who tried to help her.

Authorities had raised the terrorism threat in Utrecht province to its highest level, schools were told to shut their doors and paramilitary police increased security at airports, other vital infrastructure and at mosques.

“Our country has today been shocked by an attack in Utrecht… A terrorist motive cannot be excluded,” Rutte said.

“The first reports have led to disbelief and disgust. Innocent people have been struck by violence… We are now doing everything we can to find the perpetrator or perpetrators as soon as possible. That is now our complete focus.”

The mayor of Utrecht, Jan van Zanen, said three people had been killed and nine injured, three of them seriously. The number of injured was later lowered to five.

Dutch police issued an image of Tanis and warned the public not to approach him.

The suspect had previous run-ins with police, the prosecutor said. Local broadcaster RTV Utrecht said earlier the suspect was known to police for both minor and major crimes, including a shooting in 2013.

The shooting took place in Kanaleneiland, a quiet residential district on the outskirts of Utrecht with a large immigrant population.

“It’s frightening that something like this can happen so close to home,” said Omar Rahhou, who said his parents lived on a street cordoned off by police. “These things normally happen far away but this brings it very close, awful.”

Witness Daan Molenaar, who said he had been sitting at the front of the tram when the shooting started, told national broadcaster NOS he did not believe it was a terrorist attack.

“The first thing I thought was, this is some kind of revenge or something, or somebody who’s really mad and grabbed a pistol,” he said.

The streets of Utrecht were emptier than usual and mosques in the city kept their doors closed on Monday. Police screened off the site where at least one body lay covered near the tram.

Utrecht, the Netherlands’ fourth largest city with a population of around 340,000, is known for its picturesque canals and large student population. Gun killings are rare in Utrecht, as elsewhere in the Netherlands.