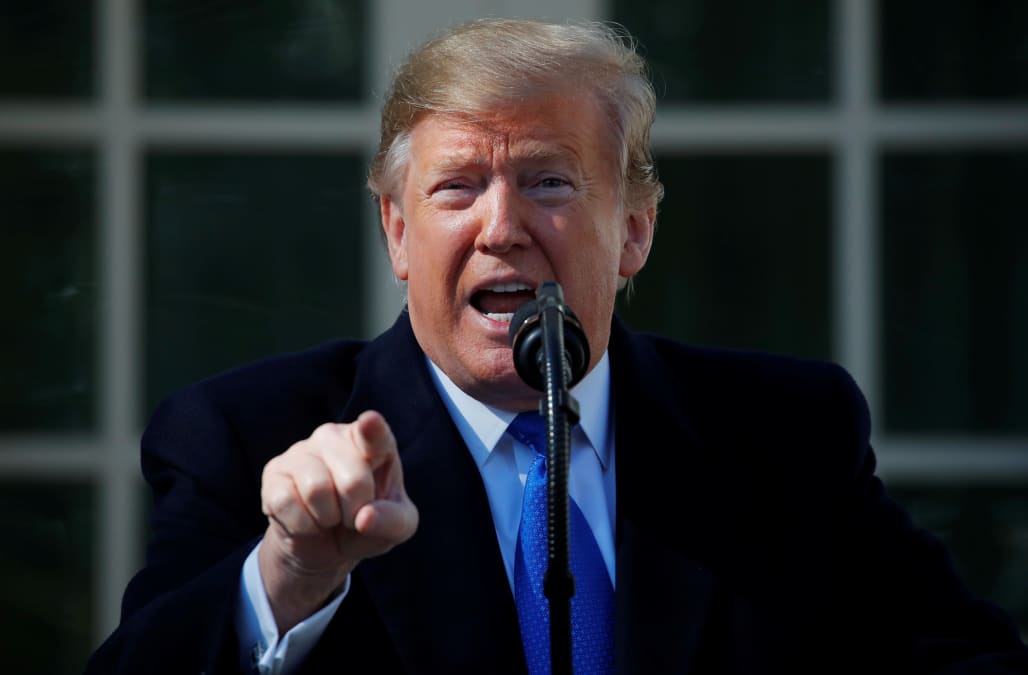 The measure comes from Republican Sens. Susan Collins of Maine and Lisa Murkowski of Alaska, along with Democratic Sens. Tom Udall of New Mexico and Jeanne Shaheen of New Hampshire.

It’s identical to the House version that was approved 245-182 on Tuesday.

There may be enough Republican support in the Senate to pass a resolution blocking Trump’s order, though the next steps are unclear. Trump has pledged to veto the House resolution, and it’s unlikely that Congress can override him.

The senators say the proposal would terminate the national emergency and uphold the separation of powers in the Constitution.

Trump used a 1976 law to declare a national emergency and ordered the shift of $3.6 billion from military construction projects to wall building. Citing other powers, he intends to shift an additional $3.1 billion from Defense Department anti-drug efforts and a fund that collects seized assets.

Trump said barriers are needed to stop drugs from Mexico from entering the U.S., though government figures show that 90 percent of drugs intercepted from Mexico are caught at ports of entry, not remote areas where barriers would be constructed.

The White House says the money would be used to build steel barriers up to 30 feet tall and other barriers for “law enforcement efforts.”

The showdown has forced Republicans to cast uncomfortable votes, pitting their support for a president popular with GOP voters against their own fears that his use of emergency powers would invite future Democratic presidents to do likewise.

The White House, in a letter to lawmakers threatening to veto the House resolution, said blocking the declaration would “undermine the administration’s ability to respond effectively to the ongoing crisis” at the border.

The biggest bombshells from Michael Cohen’s testimony before Congress