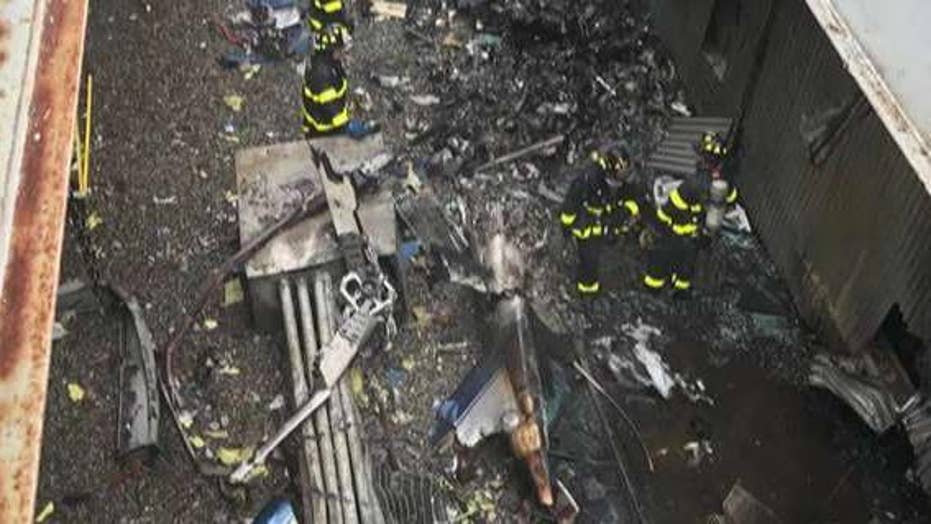 NEW YORK CITY – The helicopter pilot killed in Monday’s crash in New York City has been identified as a former volunteer fire chief and a “dedicated, highly professional and extremely well trained firefighter,” as well as a skilled pilot.

Tim McCormack died Monday after he made a “crash landing” on the roof of 787 Seventh Avenue in Midtown Manhattan around 2 p.m. as rain and strong winds hammered the city, the Fire Department of New York (FDNY) said,

McCormack had been a member of the East Clinton Volunteer Fire Department in Dutchess County, N.Y., for decades. Dutchess County is about halfway between Albany and New York City.

“Tim was a dedicated, highly professional and extremely well trained firefighter. Tim’s technical knowledge and ability to command an emergency were exceptional. Chief McCormack was extremely respected by not only the members of the department, but throughout the Dutchess County fire service,” the statement on the East Clinton Volunteer Fire Department’s Facebook page said. “Tim will be exceptionally missed by this department’s members, not only for his leadership but for his wonderful sense of humor. Rest in Peace Brother.”

“Flying was his passion,” an East Clinton Volunteer Fire Department member told Fox News on Monday night, saying McCormack was commended for landing a helicopter in an “extreme situation” in October 2014, adding that a bird strike had taken out the helicopter’s windshield.

McCormack chronicled many of his flights on his Facebook page including that emergency landing, posting a WABC article titled “Helicopter makes emergency landing after apparent bird strike” and writing, “First day back at work after this. Same helicopter same tour. Crazy stuff.”

McCormack had been conducting a sightseeing tour over Manhattan when a bird apparently penetrated the windshield of the Bell B407 helicopter he was flying, causing him to make an emergency landing at the West 30th Street Heliport, WABC reported in 2014.

“It was pretty much like an explosion going off in your cockpit,” McCormack told the news station at the time. “A little bit of a pandemonium kind of thing, you know, you have to gather yourself and we headed over to 30th Street.” 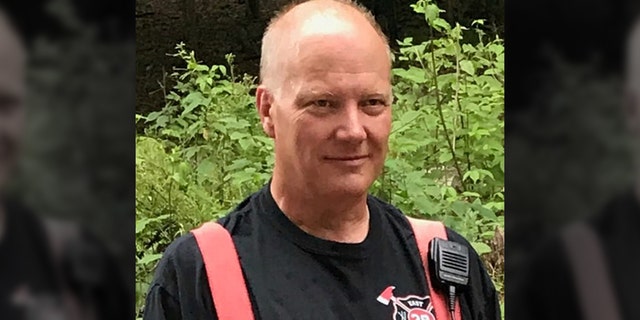 Susan deHaan of the East Clinton Volunteer Fire Department told Fox News she had known McCormack for the past four years since she joined the department.

“Tim was big hearted, knowledgeable, experienced, quick witted and so welcoming,” deHaan said, adding, “He was a dedicated fireman.”

When asked what her reaction was to the sad news she said, “It was shocking. We first heard about it when returning from an EMS call in our district and we didn’t want to believe it was him.”

She added that a memorial service hadn’t been planned yet but she was confident it will happen. 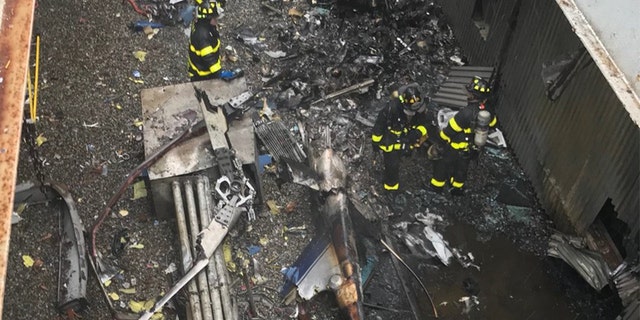 The FDNY released this image from the roof of 787 Seventh Avenue in Midtown Manhattan, the scene of Monday’s helicopter crash.
(FDNY)

Monday’s crash-landing during heavy rain unfolded on the roof of the AXA Equitable building, located just north of Times Square, and a fire was extinguished, the New York Police Department said.

In a news conference Monday afternoon, New York City Police Commissioner James O’Neill confirmed the privately owned helicopter took off from the 34th Street Heliport on the east side of Manhattan around 1:32 p.m. He said investigators believed the pilot was conducting “executive travel” and was headed to the “home airport in Linden, N.J.” O’Neill said the helicopter crashed on the roof 11 minutes after takeoff.

The incident, close to both Rockefeller Center and Times Square, sent rescue vehicles swarming to the 54-story building and immediately evoked memories of the Sept. 11 attacks, though officials said there were no indications it was related to terrorism.

“If you’re a New Yorker, you have a level of PTSD, right, from 9/11, and I remember that morning all too well. So, as soon as you hear an aircraft hit a building, I think my mind goes where every New Yorker’s mind goes,” Gov. Andrew Cuomo told reporters in a briefing about 20 minutes after the crash. 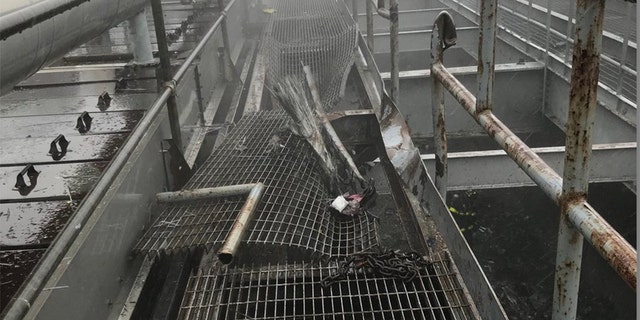 An image from the roof of 787 Seventh Avenue in Midtown Manhattan, the scene of Monday’s helicopter crash.
(FDNY)

New York City Mayor Bill de Blasio later told reporters that there appeared to be no connection to terrorism, adding, “There is no ongoing threat to New York City based on all the information we have right now.”

De Blasio said that according to preliminary information it appeared no passengers were on board, adding that there were “no other injuries that we know of at this point in time.” He also said the specific cause of the incident had not yet been determined.

The Federal Aviation Administration said the National Transportation Safety Board was in charge of the investigation and “will determine probable cause of the incident.”