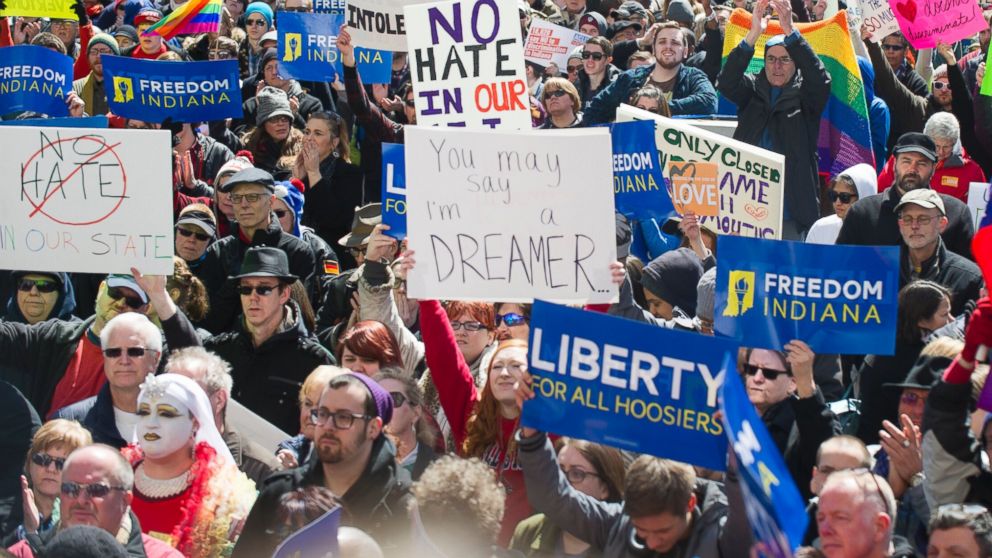 Indiana‘s top two legislators, both Republicans, are announcing Thursday morning a “fix” to their state’s controversial religious-freedom law — a change that is intended to to preclude Indiana businesses from denying services to gays or lesbians.

“What was intended as a message of inclusion was interpreted as a message of exclusion, especially for the LGBT community,” Indiana House Speaker Brian Bosma told reporters at a 9 a.m. news conference. “Nothing could have been further from the truth, but it was clear the perception had to be addressed.”

The updated language, as released by Indiana GOP lawmakers online, states that the controversial religious-freedom law does not allow any business to deny service to any customer — including on the grounds of sexual orientation or gender identity.

Bosma and Senate President Pro Tem David Long appeared with business leaders from Indiana, claiming a broad agreement on how to change the law.

Signed by Gov. Mike Pence, another Republican, last week, the state’s “Religious Freedom Restoration Act” states that a higher threshold must be met before a law is upheld where it infringes on the free exercise of religion by people or businesses — between those private entities or where the government is involved.

Both critical gay-rights activists and supportive social conservatives have said the law would mean Christian wedding vendors would not be required to serve gay couples getting married. A wave of national backlash ensued, including wide condemnation from large businesses and organizations based in or hosting events in Indiana.

The Yelp! listing for an Indiana pizza restaurant became an Internet sensation on Wednesday, after the restaurant said it would not serve pizza at a gay wedding if asked.

Although Pence initially insisted the law would not change, Bosma and Long announced on Monday that they would change the law to preclude denial of services for gays and lesbians by Indiana businesses.