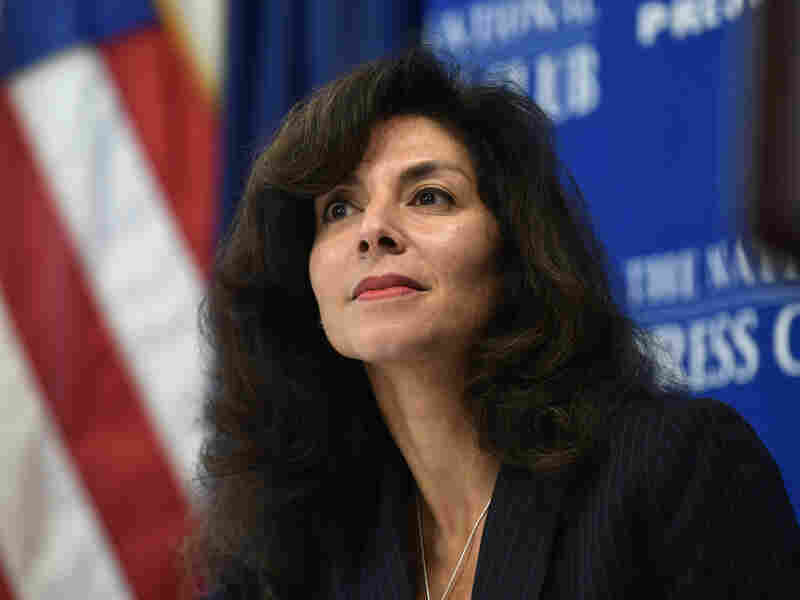 Ashley Tabaddor, a federal immigration judge in Los Angeles, is the President of the National Association of Immigration Judges.

Ashley Tabaddor, a federal immigration judge in Los Angeles, is the President of the National Association of Immigration Judges.

The Trump administration is making changes to the agency that operates the nation’s immigration court system, a move immediately denounced by the immigration judges union as a power grab.

The agency is called the Executive Office for Immigration Review and it is an arm of the Justice Department. Under the interim rule announced Friday, the agency’s director will have the power to issue appellate decisions in immigration cases that have not been decided within an allotted timeframe. It also creates a new office of policy within EOIR to implement the administration’s immigration policies.

The head of the immigration judges’ union accused the administration of trying to strip power away from judges and turn the immigration court system into a law enforcement agency.

The new rule, first reported by the Associated Press, comes after the administration announced an effort to decertify the immigration judges’ union. The judges, 440 in total, are employees of the Justice Department and not part of the independent judiciary. The Trump administration has also imposed quotas on judges in an effort to speed up deportations and reduce the backlog of more than 900,000 cases pending in immigration courts.

Tabaddor said the administration is trying to concentrate its power over immigration proceedings.

“The new rule is a wolf in sheep’s clothing,” Tabaddor said “While couched in bureaucratic language, the impact of this regulation is to substitute the policy directives of a single political appointee over the legal analysis of non-political, independent adjudicators.”

The EOIR did not respond to a call for comment.

Earlier this week, the EOIR sent the immigration judges a newsletter containing a blog post from VDare, an anti-immigration website, which included an anti-Semitic reference, according to Tabaddor. After she protested, Justice Department officials said some information included with the newsletter had been compiled by a third-party contractor and should not have been distributed.

“The Department of Justice condemns anti-Semitism in the strongest terms,” Kathryn Mattingly, a spokeswoman for EOIR told Buzzfeed.