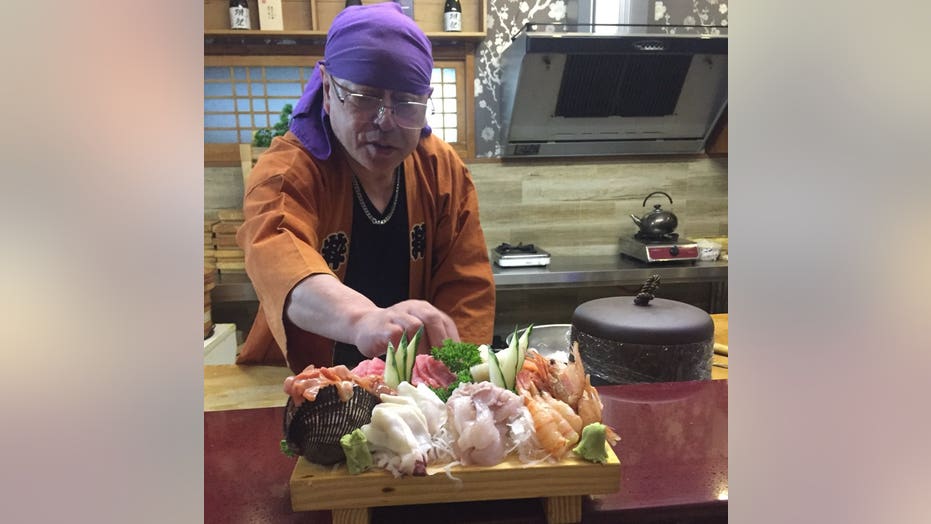 The rumors that North Korean leader Kim Jong Un’s former sushi chef was arrested were cleared up on Tuesday after the British ambassador to the country shared a photograph with him.

Kenji Fujimoto, a Japanese national, has served as personal chef to the Kim family for 13 years, even when the current leader was still a child. He returned to the repressive country in 2017 and reportedly opened a sushi restaurant called Takahashi.

But media reports last month speculated that Fujimoto may have been arrested by North Korean authorities, with Japan’s Daily Shincho magazine reporting that the chef had been detained over a “past betrayal,” the Telegraph reported.

Following the news, Japan’s foreign ministry was unable to confirm the chef’s location. But on Tuesday, Colin Crooks, the British ambassador to North Korea, put the mystery to rest after tweeting pictures of Fujimoto working at his sushi restaurant in Pyongyang, the capital of North Korea.

Fujimoto previously revealed his knowledge of the inner workings of the ruling family, including some intimate details and their lavish lifestyle.

He also feared that his outspokenness after he left the hermit kingdom in 2001 could cause him trouble and accusations of “disloyalty,” though he later met Kim in 2013 and was reassured of his safety, the newspaper reported.

Fujimoto was interviewed by the Washington Post’s Anna Fifield for the book on the North Korean leader, claiming that Kim once was rude to him, refused to shake his hand, and “glared at him with ‘sharp eyes’ that seemed to say, ‘You abhorrent Japanese.’”