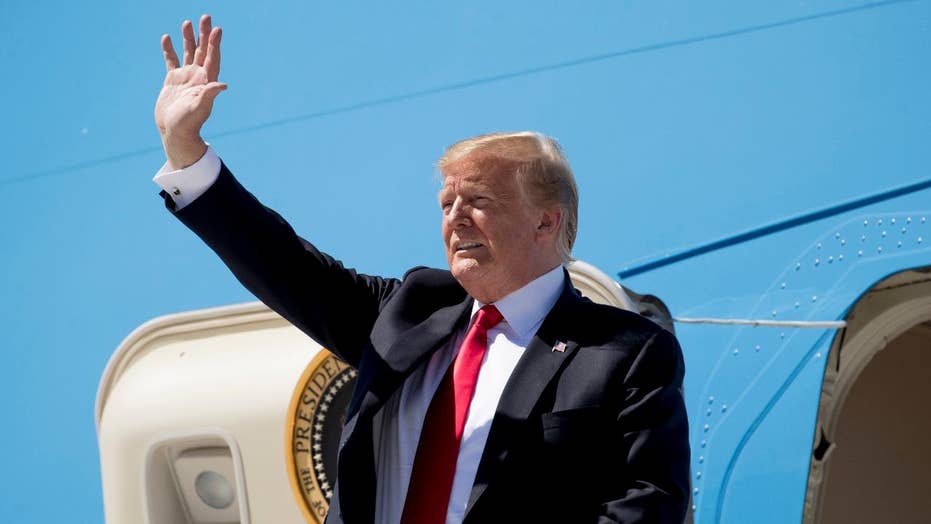 New York Republican Rep. Peter King says the president needs to think about the unintended consequences of his proposed tariff hike on Mexico.

In a pointed letter released Thursday, López Obrador lashed out at Trump for what he described as the U.S. president’s “turning the United States, overnight, from a country of brotherly love for immigrants from around the world, to a bolted space, where there’s stigmatizing, mistreatment, abuse, persecution, and a denial of the right to justice to those who seek — with sacrifice and hard work — to live free from misery.”

López Obrador said that “social problems are not solved with duties or coercive measures,” and alluded to the United States’ history as a nation of immigrants: “The Statue of Liberty is not an empty symbol.”

SARAH SANDERS: MEXICO NEEDS TO ‘STEP UP AND DO MORE’ TO ASSIST IN THE BORDER CRISIS

He added in the letter, which he provided a link to on his Twitter account, that in contrast to Trump’s approach, Mexico is doing its part to avoid migration through its territory as much as possible, without violating human rights.

“Peo­ple don’t leave their home­lands for plea­sure but out of ne­ces­sity,” the Mexican leader said. 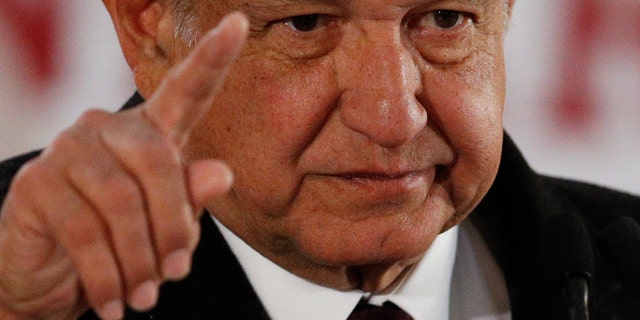 López Obrador said in the letter that his foreign relations secretary was leading a delegation to Washington D.C. to speak with Trump administration officials in order to seek a peaceful and negotiated solution to Trump’s threat to impose stiff tariffs on goods from Mexico if the country doesn’t do more to slow irregular migration.

He noted that his outreach was not to be interpreted as a sign of weakness.

“I’m not a cow­ard or timid, but act out of prin­ci­ples. I be­lieve in pol­i­tics which, among other things, was in­vented to avoid con­fronta­tion and war.”

President Trump on Thursday abruptly announced a new 5 percent tariff on Mexico beginning in early June, saying the levy will “gradually increase” until the ongoing illegal immigration surge at the southern border is “remedied” and illegal migrants “STOP.”

“On June 10th, the United States will impose a 5% Tariff on all goods coming into our Country from Mexico, until such time as illegal migrants coming through Mexico, and into our Country, STOP,” Trump wrote. “The Tariff will gradually increase until the Illegal Immigration problem is remedied, … at which time the Tariffs will be removed. Details from the White House to follow.”

Fox News was told the tariff on all goods by land, sea, and air from Mexico will hike to 10 percent on July 1 — and potentially increase substantially from there.

“If Mexico still has not taken action to dramatically reduce or eliminate the number of illegal aliens crossing its territory into the United States, Tariffs will be increased to 15 percent on August 1, 2019, to 20 percent on September 1, 2019, and to 25 percent on October 1, 2019,” Trump said in a statement released later by the White House on Thursday. “Tariffs will permanently remain at the 25 percent level unless and until Mexico substantially stops the illegal inflow of aliens coming through its territory.”

The statement added: “Thousands of innocent lives are taken every year as a result of this lawless chaos. It must end NOW! … Mexico’s passive cooperation in allowing this mass incursion constitutes an emergency and extraordinary threat to the national security and economy of the United States.”

The Associated Press and Fox News reporter Gregg Re contributed to this story.