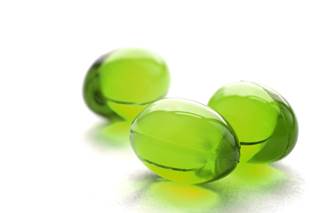 Over 33 months, the 25-hydroxyvitamin D level of ergocalciferol recipients increased significantly from 15.14 to 37.32 ng/mL.

Ergocalciferol has similar, if not better, efficacy and safety compared with calcitriol in treating nondialysis chronic kidney disease patients with mineral and bone disorder (CKD-MBD), a new study suggests.

Zhang Dongliang, MD, of Peking University International Hospital in China, and colleagues directly compared oral preparations of natural vitamin D2 with active vitamin D3 sterol in a randomized trial of 204 patients with CKD stages 3 to 5 not on renal replacement therapy. The dosing strategy for ergocalciferol was 50,000 units once weekly for the first 3 months, then 50,000 units once monthly, toward a target blood level of 25-hydroxyvitamin D [25(OH)D] of 30 ng/mL. Patients in the calcitriol group received a dose of 0.25 µg once daily to start that was later adjusted in response to 25(OH)D, calcium, phosphorus, and intact parathyroid hormone (iPTH).

Results showed that the 25(OH)D level in the ergocalciferol group increased significantly from 15.14 to 37.32 ng/mL over 33 months. It also increased more than in the calcitriol group, whose level rose from 14.90 to 18.08 ng/mL. The investigators observed no statistically significant difference between the 2 treatments in controlling calcium, phosphorus, and iPTH. Subgroup analyses by CKD stage also revealed no distinction in achievement of target iPTH. Only a small proportion of patients maintained target levels of all 3 markers, according to the researchers: 21.3% of ergocalciferol users and 20% of calcitriol users.

Since ergocalciferol treatment increased 25(OH)D levels and appeared to have other beneficial effects (decreasing alkaline phosphatase, cholesterol, and triglycerides, and stabilizing uric acid), “using nutritional vitamin D supplements like ergocalciferol in CKD patients with 25(OH)D insufficiency is recommended,” Dr Dongliang and colleagues concluded in the European Journal of Pharmacology. The level of vitamin D considered sufficient in nondialysis CKD-MBD patients is controversial, so optimal dosing and frequency of vitamin D remains uncertain.