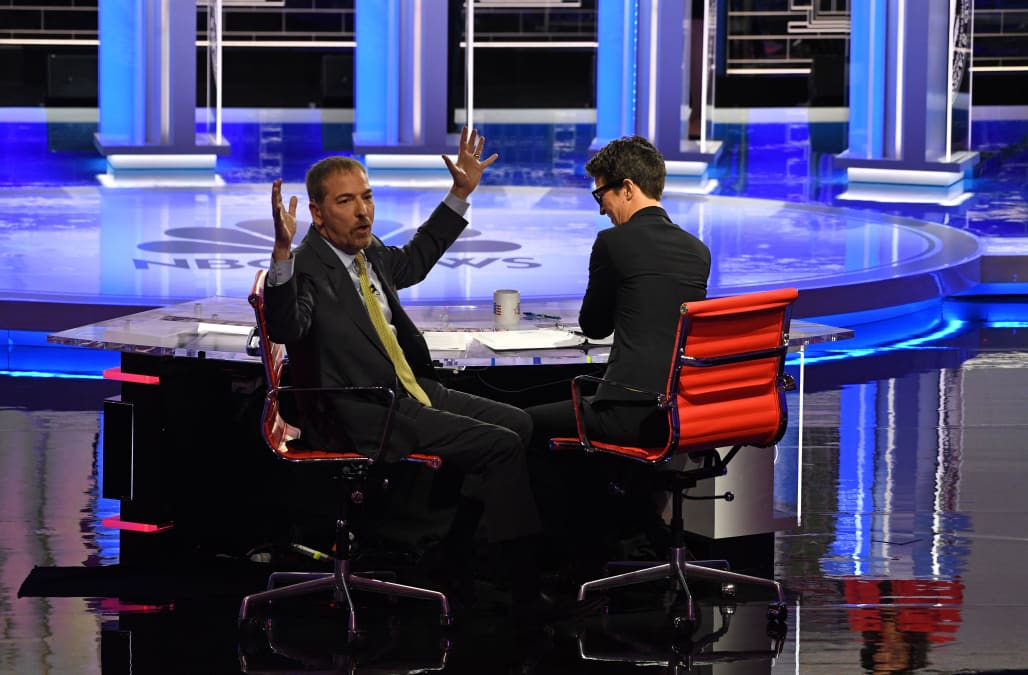 After Lester Holt, Savannah Guthrie and Telemundo’s José Diaz-Balart handed off co-moderating duties to Chuck Todd and Rachel Maddow, someone in the control apparently forgot to cut the volume from their lapel mics.

As Todd tried to ask Sen. Elizabeth Warren a question about gun violence, Guthrie and Holt could be heard talking backstage on the live broadcast.

“I think we had a little mic issue in the back,” Todd said before attempting to ask Warren again.

But Guthrie was still audible. Several of the candidates broke into laughter.

“We are hearing our colleague’s audio,” Todd explained. “If the control room could turn off the mics.”

“You know, we prepared for everything,” Maddow said, laughing. “We didn’t prepare for this.”

“We’re going to get this technical situation fixed,” Todd told viewers before throwing to a commercial.

President Trump, who hosted NBC’s “Celebrity Apprentice” before being elected president, was watching.

“.@NBCNews and @MSNBC should be ashamed of themselves for having such a horrible technical breakdown in the middle of the debate,” Trump tweeted aboard Air Force One en route to the G20 summit in Osaka, Japan. “Truly unprofessional and only worthy of a FAKE NEWS Organization, which they are!”

Andrew Yang, who will appear onstage at Thursday’s Democratic debate in Miami, was too.