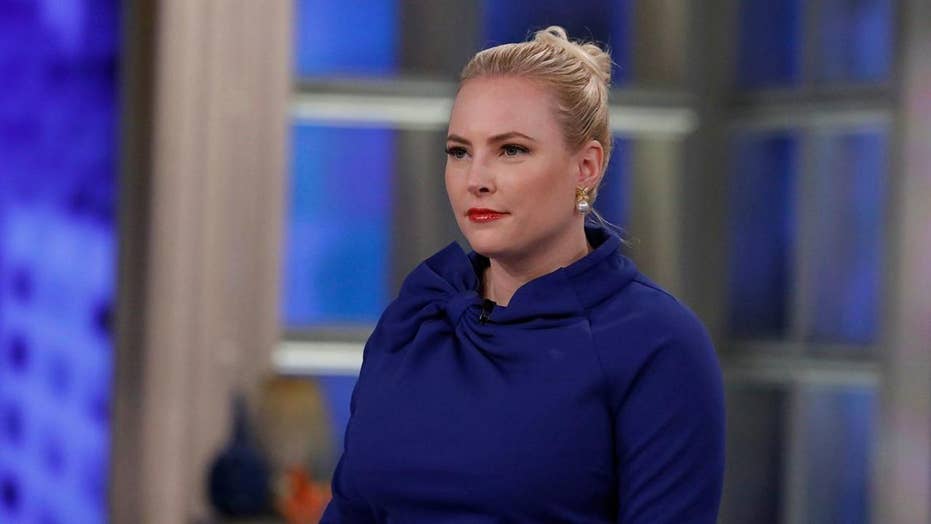 U.S. Rep. Ilhan Omar, D-Minn., was apparently unmoved Thursday by Meghan McCain’s tearful remarks about her on “The View.”

McCain had become emotional during the ABC talk show, discussing Omar’s recent criticisms of Israel and its supporters. She said Omar’s remarks were hurtful to many of her Jewish friends.

OMAR, ANTI-SEMITISM DEBATE IN THE HOUSE ENDS WITH A LAUNDRY LIST RESOLUTION — WHAT A SHAME

But instead of responding directly to McCain, Omar retweeted a post that criticized McCain for “faux outrage” and referred to past statements attributed to McCain’s late father, U.S. Sen. John McCain, R-Ariz., who died last August at age 81.

“Meghan’s late father literally sang ‘bomb bomb bomb Iran’ and insisted on referring to his Vietnamese captors as ‘g–ks’,” read the post by Medhi Hasan, an “Intercept” columnist and Al Jazeera host. “He also, lest we forget, gave the world Sarah Palin. So a little less faux outrage over a former-refugee-turned-freshman-representative pls.”

Omar’s retweet was praised by many of her followers as a sign that the freshman congresswoman was “standing up to the establishment.” But the retweet also attracted more negative attention to the Somali-born lawmaker, just hours after the U.S. House voted in favor of an anti-hate resolution that was initially inspired by the Minnesota Democrat.

Omar has resisted calls for her to apologize for blasting those who pledge “allegiance to a foreign country,” referring to Israel, in what has been decried as an anti-Semitic trope.

The Associated Press contributed to this report