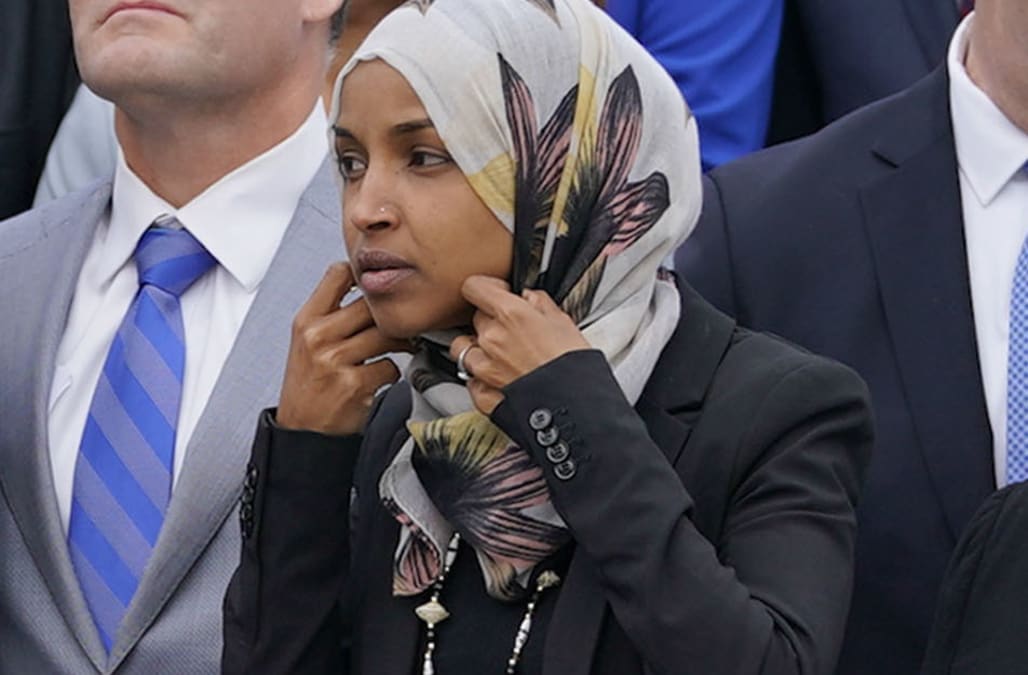 A controversial poster showing a photo of Muslim Representative Ilhan Omar underneath an image of the 9/11 World Trade Center attack led to a partisan confrontation at the West Virginia statehouse Friday.

According to NBC News, one person was injured during the melee and another staffer resigned after allegedly accusing Muslims of being terrorists.

The Washington Post reports, though the person or group behind the poster has not yet been identified, it appears to have been positioned next to a sign for the group ACT For America, which has been accused of being anti-Muslim.

The poster’s text was also inflammatory. Placed over the World Trade Center image were the words, “‘Never forget’ — You said.”

FILE – In this Jan. 5, 2017, file photo, new State Rep. Ilhan Omar is interviewed in her office two days after the 2017 Legislature convened in St. Paul, Minn. Omar, already the first Somali-American to be elected to a state legislature, is jumping into a crowded race for a Minnesota congressional seat. Omar filed Tuesday, June 5, 2018, for the Minneapolis-area seat being vacated by U.S. Rep. Keith Ellison. (AP Photo/Jim Mone, File)
Up Next

And below the Congresswoman’s photo were the words, “I am the proof you have forgotten.”

State Democrats objected to the poster, with one member declaring that it was “hateful.”

Omar herself has since blasted Republicans over the incident, tweeting: “No wonder why I am on the ‘Hitlist’ of a domestic terrorist and ‘Assassinate Ilhan Omar’ is written on my local gas stations. Look no further, the GOP’s anti-Muslim display likening me to a terrorist rocks in state capitols and no one is condemning them!”