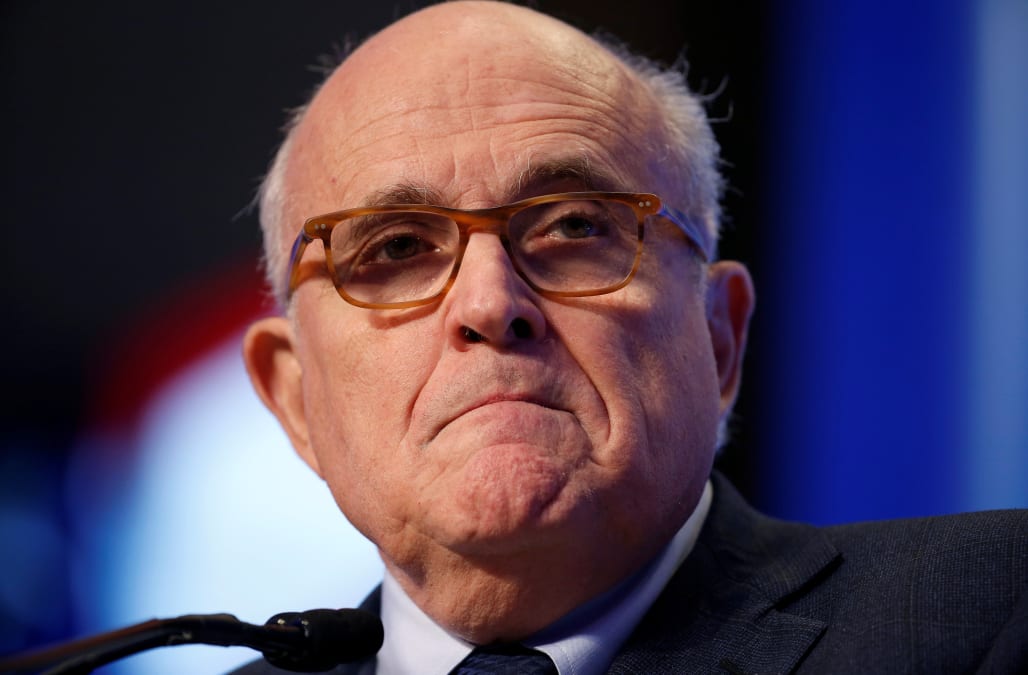 Rudy Giuliani, attorney to President Donald Trump, got into it with CNN’s Chris Cuomo during a raucous interview on Thursday night.

The former New York City mayor shouted at Cuomo, repeatedly contradicted himself, declared Cuomo to be “the enemy” and at one point, placed his head on his hand and closed his eyes, showing off a New York Yankees World Series ring:

Cuomo began the segment by recapping the latest news about a whistleblower complaint, which both The New York Times and The Washington Post reported on Thursday involved Trump’s contact with Ukraine. The news was released amid House Democrats’ investigation of allegations that Trump and Giuliani “sought to manipulate the Ukrainian government into helping the Trump reelection campaign.”

Earlier this year, Giuliani canceled a trip to Ukraine in which he was allegedly planning to pressure the government to investigate former Vice President Joe Biden and his son, Hunter Biden. The elder Biden is seeking the Democratic nomination to run against Trump during next year’s presidential election.

Giuliani told Cuomo that it was a “scandal of major proportions which all of you have covered up for five or six months.” He also revived right-wing conspiracy theories about billionaire George Soros, claiming he was in on the “major” scandal with Biden.

“Did you ask the Ukraine to investigate Joe Biden?” Cuomo asked.

Giuliani said he asked Ukraine to investigate if that country tried to help Hillary Clinton in the 2016 election.

Giuliani then admitted he asked Ukraine to look into a conspiracy theory related to Biden.

“So you did ask Ukraine to look into Joe Biden?” Cuomo asked again.

“Of course I did!” Giuliani said.

“No, I didn’t ask them to look into Joe Biden,” Giuliani replied.

Watch the exchange below: