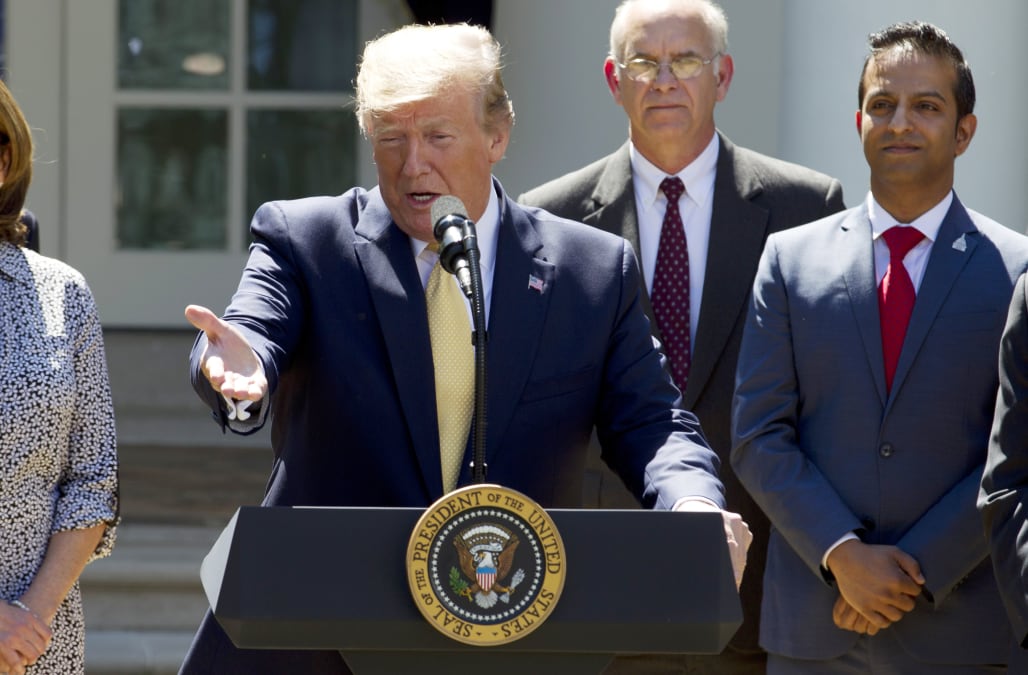 President Trump has warned voters of an unprecedented “market crash” should he lose the 2020 election.

“The Trump Economy is setting records, and has a long way up to go….However, if anyone but me takes over in 2020 (I know the competition very well), there will be a Market Crash the likes of which has not been seen before! KEEP AMERICA GREAT,” Trump tweeted Saturday.

Trump’s recent tweet isn’t the first time he has predicted dire consequences for the economy if things don’t go his way.

“You want to see a Stock Market Crash, Impeach Trump!” he wrote in January.

RELATED: On the floor of the New York Stock Exchange

And in advance of the 2018 midterm elections last year, the president had tweeted: “The Stock Market is up massively since the Election, but is now taking a little pause – people want to see what happens with the Midterms. If you want your Stocks to go down, I strongly suggest voting Democrat.”