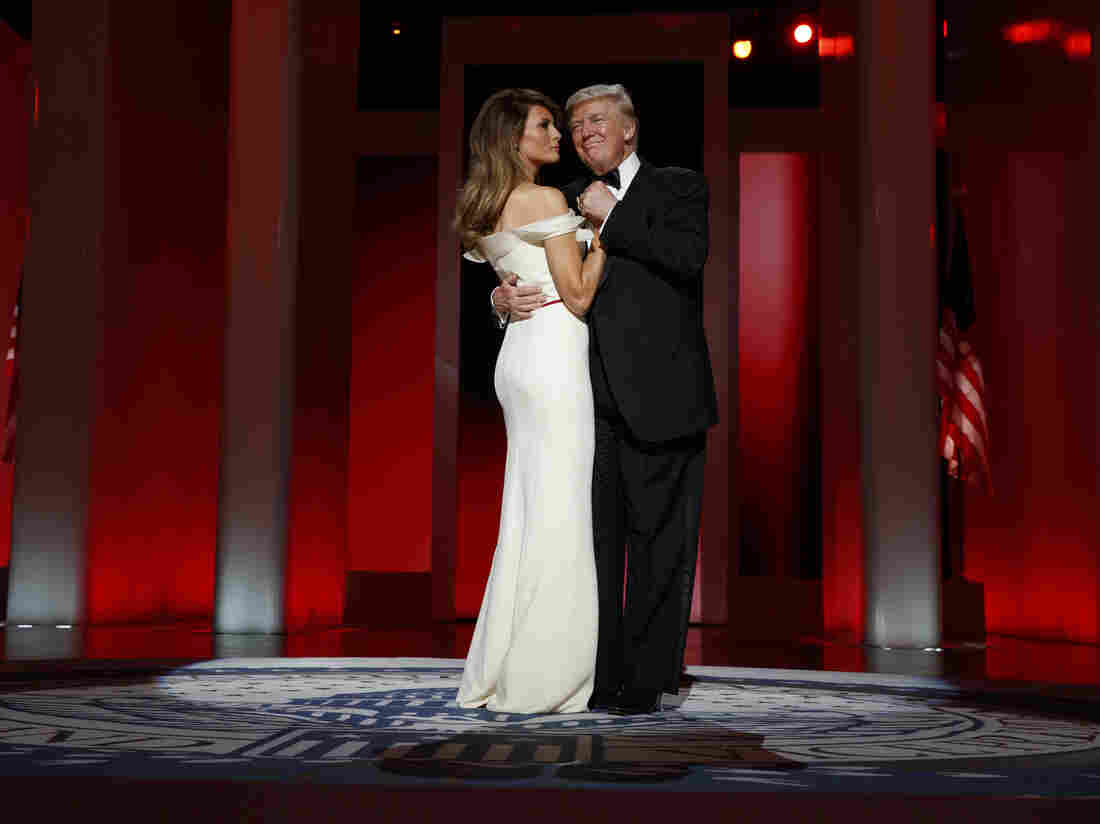 President Trump dances with first lady Melania Trump at the Liberty Ball in 2017. Federal prosecutors subpoenaed Trump’s inaugural committee Monday, reportedly to find out how the inauguration was funded and by whom.

President Trump dances with first lady Melania Trump at the Liberty Ball in 2017. Federal prosecutors subpoenaed Trump’s inaugural committee Monday, reportedly to find out how the inauguration was funded and by whom.

President Trump’s inaugural committee has received a subpoena from Justice Department investigators. The subpoena reportedly orders the committee to hand over a wide-ranging collection of documents related to how it was funded and by whom.

The investigation is separate from the probe being conducted by special counsel Robert Mueller into the Trump campaign’s possible ties with Russia, which has resulted in several indictments and guilty pleas. Mueller’s team has been expected to wind down its investigation soon; this new inquiry could mean continuing headaches for the president and fodder for his political opponents.

“We have just received a subpoena for documents,” a spokeswoman for the committee tells NPR. “While we are still reviewing the subpoena, it is our intention to cooperate with the inquiry.”

The subpoena reportedly seeks extensive information about who donated to the inauguration, who the vendors and contractors were, and whether there are any foreign contributors, The Washington Post reports. Federal election law prohibits foreign nationals from donating money to an inaugural committee.

The documents are being requested by the Manhattan U.S. attorney’s office, which opened its criminal investigation into the inaugural committee in December, The Wall Street Journal reported at the time.

The Journal found that prosecutors were looking at how the committee spent its money, who funded it, and whether those funders got anything improper in return. The inaugural committee raised a record $107 million in donations.

Monday’s subpoena also seeks “communications about payments made directly by donors to vendors — which would flout disclosure rules,” the Journal reported. Prosecutors are particularly interested in documents related to “a Los Angeles financier who gave $900,000 to the committee through his private-equity firm and once registered as a foreign agent working on behalf of the Sri Lankan government.”

That man, Imaad Zuberi, was the only individual named as part of the request for documents, according to The New York Times. Zuberi, who had raised money for President Barack Obama and Hillary Clinton, was reportedly trying to develop a relationship with Trump.

Prosecutors are also requesting information about who attended inaugural events and whether they were promised photo ops with the president-elect, ABC News reports.