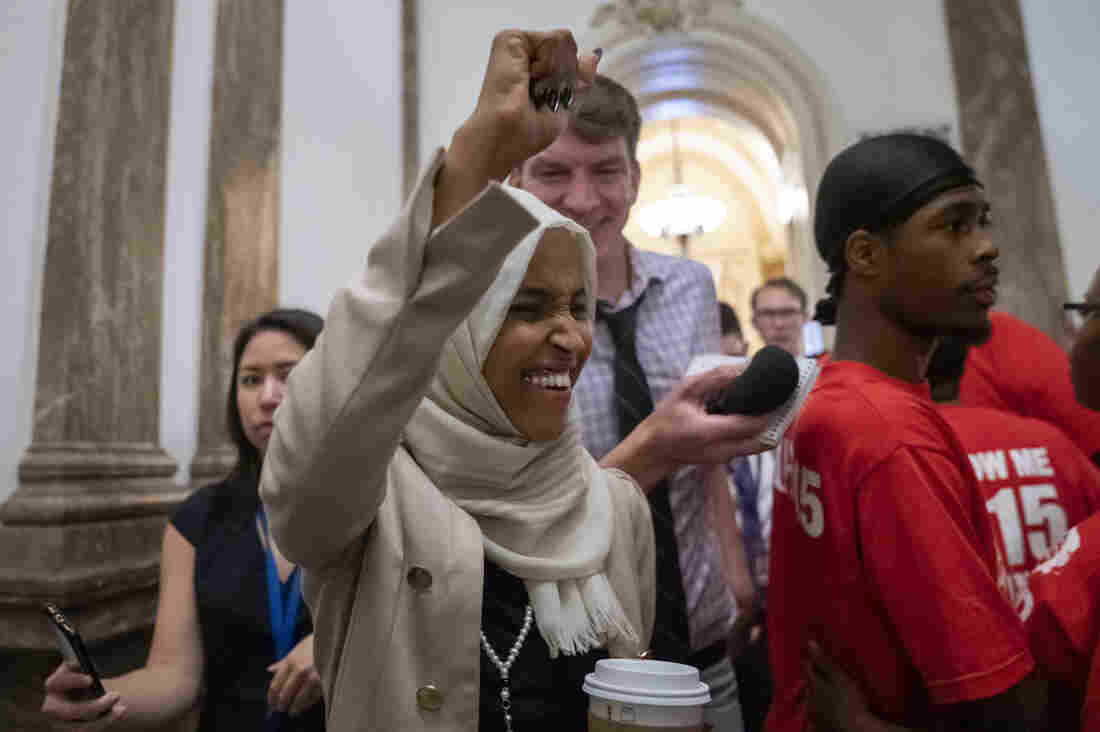 Rep. Ilhan Omar, shown here at the Capitol on Thursday, has been a target of racist rhetoric from President Trump .

Rep. Ilhan Omar, shown here at the Capitol on Thursday, has been a target of racist rhetoric from President Trump .

Rep. Ilhan Omar, one of the freshman Democratic congresswoman facing attacks from President Trump and his supporters, received a hero’s welcome back at her home district in Minnesota on Thursday.

A cheering crown at the airport in the Twin Cities held banners with slogans such as “Stop Racism Now” and chanted “Welcome Home Ilhan” as the congresswoman emerged from her flight.

Watch the moment here, captured on video by Tom Hauser of KSTP:

Throughout this past week, Trump has targeted Omar and her fellow progressive congresswomen — New York Rep. Alexandria Ocasio-Cortez, Michigan Rep. Rashida Tlaib and Massachusetts Rep. Ayanna Pressley — with repeated attacks. In a tweet on Sunday, he said the four women of color should “go back and help fix the totally broken and crime infested places from which they came.”

And at a rally on Wednesday, Trump attacked each congresswoman individually. As he spoke about Omar, the crowd started to chant “send her back,” echoing the president’s tweet.

Omar, an American citizen, came to the U.S. as a refugee from Somalia when she was a child.

Trump attempted to distance himself from the racist chant on Thursday, saying “I wasn’t happy with that message that they gave last night.”

“It was quite a chant, and I felt a little bit badly about it. But I will say this, I did — and I started speaking very quickly. But it started up rather fast,” the president added.

However, as NPR’s Tamara Keith noted, “in reality, Trump stood there for 13 seconds as the chant continued, waiting for it to die down before he resumed his remarks.”

Omar traveled to the Twin Cities on Thursday to participate in a town hall to discuss “Medicare for All,” as CNN reported. “I know there are a lot of people that are trying to distract us now, but I want you all to know that we are not going to let them,” Omar told the crowd.

Earlier in the day, Omar told reporters in Washington, D.C. that she sees the president as a “fascist” and said she considered this fight about “what this country truly should be,” according to The Associated Press.