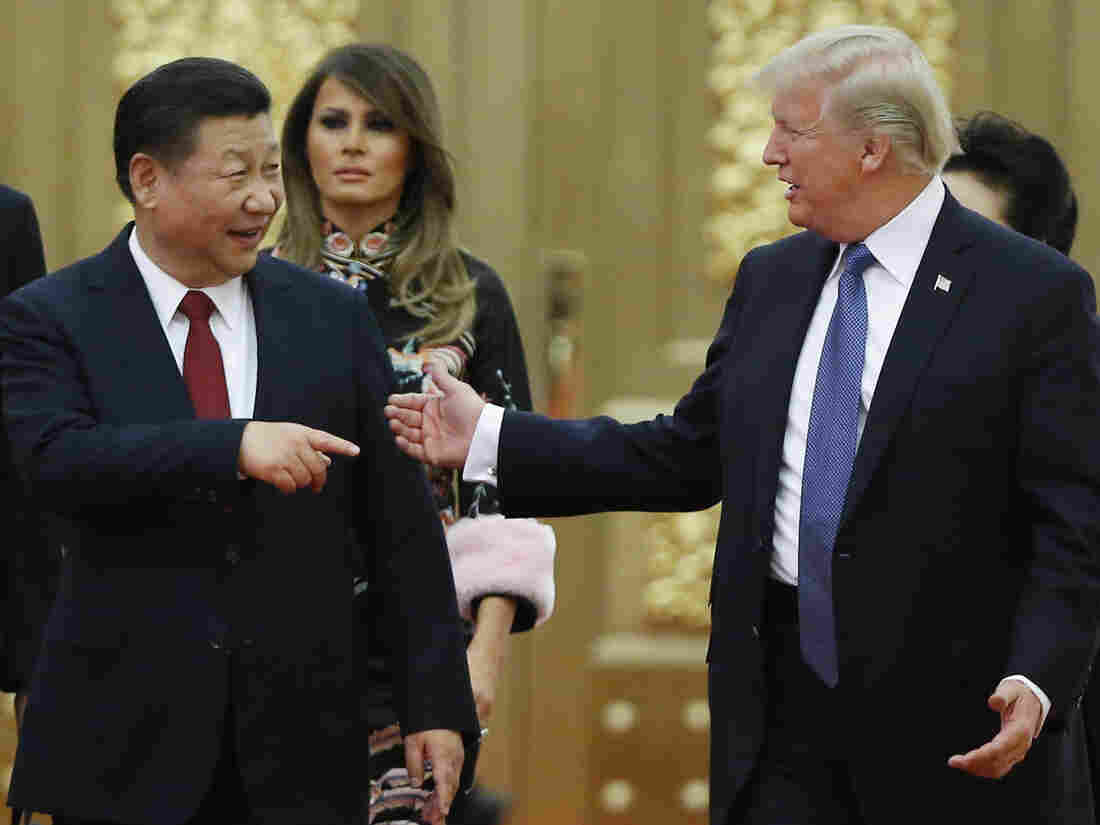 President Trump and China’s President Xi Jinping are expected to talk about trade on the sidelines of the G-20 summit in Osaka, Japan, later this month.

President Trump and China’s President Xi Jinping are expected to talk about trade on the sidelines of the G-20 summit in Osaka, Japan, later this month.

“You know how you get from here to there?” Kudlow told an audience at a pro-trade think tank in Washington. “You kick some butt.”

That’s not the kind of dry, technocratic language one usually associates with trade negotiations. But it’s another example of how President Trump has turned international commerce into a highly unusual spectator sport.

The next big spectacle is expected to be a faceoff between Trump and Chinese leader Xi Jinping on the sidelines of the G-20 summit in Osaka, Japan, later this month.

This “Talka in Osaka” is another high-stakes showcase for the president, who has managed to turn trade talks into must-see television. Less WTO — more WWE, complete with heroes, villains, plot twists and plenty of trash talk.

Trump said that before he took office, “China ate the United States alive, economically.” The president has imposed steep tariffs on Chinese imports. And he’s threatened to go further if China won’t throw in the towel.

Like last week’s tariff battle with Mexico, the showdown with China has kept the president on the front page, sent shock waves through the stock market, and turned dusty rules of international commerce into a hot topic around the dinner table.

“There will be no shortage of conversations in the early summer barbecues, boy, with people looking at their portfolios,” said Matthew Slaughter, a Dartmouth economist who studies international trade.

Trump has not only put trade front and center in the national conversation. Because the president is such a polarizing figure, he has managed to scramble the usual partisan cheering sections. Some Republicans are now defending tariffs and other protectionist measures while some Democrats are pushing in the opposite direction.

“There’s some Democrats who are now saying, ‘Boy, we need to be careful on levying these new trade barriers and we need to worry about trade wars,’ ” said Slaughter, who served in the George W. Bush White House. “The president and his policies are starting to muddy those waters again.”

A Quinnipiac poll last month found 53% of all Americans disapprove of the president’s handling of trade, while just 39% approve. The poll was taken about a week after talks between the U.S. and China broke down and Trump increased tariffs on some $250 billion worth of imports.

“Right now, China is paying us billions and billions of dollars,” Trump said. “They never gave us 10 cents.”

Never mind that most economists say the tariffs are largely paid by American businesses and consumers. Meanwhile, China has raised tariffs of its own on U.S. exports, while cutting the taxes on products it buys from other countries.

Kudlow calls himself a free trader but said he has come around to the president’s view that tariffs can be a useful economic weapon.

“It’s a negotiating tool, but it’s not a bluff,” Kudlow said. “As you’ve seen, he will actually execute or implement tariffs.”

A member of the audience asked Kudlow what happens if Trump’s tariffs don’t deliver a knockout punch. What if, instead, the two sides settle into a costly, rope-a-dope trade war?

Kudlow didn’t have a ready answer for that. The think tank’s director emeritus, Fred Bergsten, observed that for much of the past century, the U.S. has gone largely unchallenged in the global ring. In China, it is finally facing another economic heavyweight.