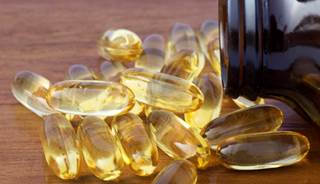 The increasing use of vitamin D supplements over the last several years has been an important change in our culture. The benefits are important, as vitamin D has a role in preventing cardiovascular disease, improving muscular skeletal health, and repairing the immune system. Now, a cross-sectional, multi-ethnic study has shown that vitamin D supplementation benefits sleep, especially in African-Americans.

Vitamin D is primarily obtained from sunlight exposure, fortified foods, and supplements. Patients that are dark skinned, obese, or older in age have an increased risk of low concentrations of vitamin D in their blood.

Polysomnography and actigraphy demonstrated that participants with vitamin D deficiencies had shorter sleeper duration, less REM sleep, and higher scores on the Epworth Sleepiness Scale. In African-Americans, low vitamin D levels were significantly associated with shorter average sleep duration. There was no association between vitamin D levels and sleep duration with other races and ethnicities. Why the difference between races? While the answer is unclear, it may be due to differences in metabolism, receptor activity, and activation of vitamin D.

I would strongly suggest sharing this information with your African-American patients who are having difficulty with sleep and especially those who have other cardiovascular diagnoses. Encouraging these patients to keep their vitamin D levels in the normal range may impact their sleep and their health overall.

Do you regularly discuss the role of vitamin D in your patients’ health? Do you suggest supplementation? This study provides another reason to consider vitamin D as one of the most important supplements we can suggest and prescribe for our patients.

Sharon M. O’Brien, MPAS, PA-C, is a practicing clinician with an interest is helping patients understand the importance of sleep hygiene and the impact of sleep on health.