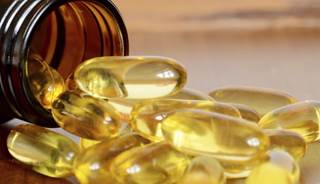 “Vitamin D supplementation, in addition to helping prevent sarcopenia, also significantly decreases the risk of falls and its recurrence, and can be used as a powerful weapon against fractures,” study investigator Luciana M. Cangussu, PhD, told Endocrinology Advisor.

The results of the study were presented here at the North American Menopause Society (NAMS) 2015 Annual Meeting.

Dr Cangussu, who is a physiotherapist at the Botucatu Medical School, São Paulo State University in Brazil, said that previous research into sarcopenia indicated that the vitamin D receptor gene was present in large quantities in muscle cells and correlated with gain and loss of muscle mass and strength.

“With this, we wondered if vitamin D supplementation in our postmenopausal patients would help this muscle condition and aspects such as falls and fractures,” Dr Cangussu said.

In addition, women who did not receive vitamin D supplements were nearly twice as likely to fall.

“These findings were in line with our hypotheses, but they performed far beyond our expectations,” Dr Cangussu said.

Dr Cangussu noted that the International Osteoporosis Foundation recommends a daily vitamin D dose of 800 IU for postmenopausal woman, but that the prescribed dosage depends on the clinical condition of the patient.

“It is worth noting that … the patient needs to be vitamin D deficient to enjoy all of these benefits, so caution is needed when prescribing,” Dr Cangussu said.