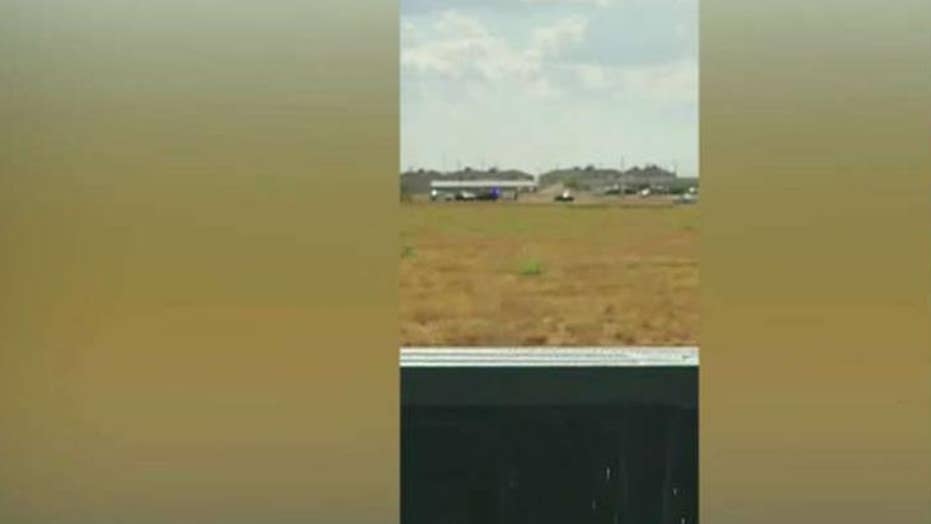 Democratic lawmakers and presidential candidates stepped up their calls for tougher gun legislation Saturday after 24 people were shot, five of them fatally, during a series of shootings in West Texas.

Democratic presidential candidate Beto O’Rourke was one of the first to react, calling mass shootings an “epidemic.”

“Our hearts are with Midland, Odessa, and everyone in West Texas who has to endure this again. More information is forthcoming, but here’s what we know: We need to end this epidemic,” O’Rourke said on Twitter.

Earlier this month the former Texas congressman suspended his campaign after 22 people were killed and 24 others were wounded at a Walmart in El Paso, a city he once represented in Congress.

Hours before Saturday’s shooting, O’Rourke tweeted: “We need to buy back every single assault weapon.”

“I’m heartsick for the victims of this latest mass shooting in Odessa and Midland. We shouldn’t have to live with this near daily fear and horror,” Warren tweeted. “We’ve already lost far too many to gun violence—Congress must act now.”

House Speaker Nancy Pelosi called the shootings “senseless and horrific” before calling on the Republican Senate to “end its obstruction and finally pass the commonsense, bipartisan, House-passed gun violence prevention legislation that the country is demanding.”

“Enough is enough,” Pelosi said. “Every day, the epidemic of gun violence inflicts a devastating toll in communities in every corner of our country, forcing far too many to endure heartbreak and tragedy.”

Democratic presidential candidate Andrew Yang called the shootings “horrific” and said, “We must do all we can to curb the scourge of gun violence.”

Julian Castro, the former secretary of Housing and Urban Development, called the shootings “heartbreaking” as initial reports rolled in. Later Saturday evening, he tore into Senate Republicans on Twitter, asking them rhetorically: “What is the number? How many Americans are you willing to sacrifice to the NRA?”

Jaime Harrison, a Democratic U.S. Senate candidate from South Carolina, told elected officials to “lead or get the hell out of the way.”

“While we don’t yet know the specific circumstances of the active shooting situation in Odessa, we do know that this is an EPIDEMIC in our country! To our elected officials I say: either lead or get the hell out of the way,” Harrison tweeted.

Rep. Sylvia Garcia, D-Texas, tweeted that a toddler was among the victims before targeting McConnell and asking him “How many more people will you allow to die with your inaction?”

New York Governor Andrew Cuomo tweeted directly at President Trump urging him to “DO SOMETHING.”

“How many more families will lose loved ones, how many more communities will be torn apart? How many more tragedies will it take before “leaders” act?” Cuomo tweeted. “The bloodshed must end now.​”

California Governor Gavin Newsom reacted by tweeting “We do not have to live in a world where this is a daily fear,” and targeting McConnell with “We’re watching. We’re waiting.”

“My heart goes out to the people of #Odessa and the Texas state trooper who was shot,” Hill tweeted.  “People are terrified — we have an entire generation of young people scared to go to the store or hang out in large crowds. We need @senatemajldr to take action NOW.”