Grocery unique depot > Blog > Vitamin News > Can a lack of vitamin D contribute to the likelihood of getting MS? – AOL

Can a lack of vitamin D contribute to the likelihood of getting MS? – AOL 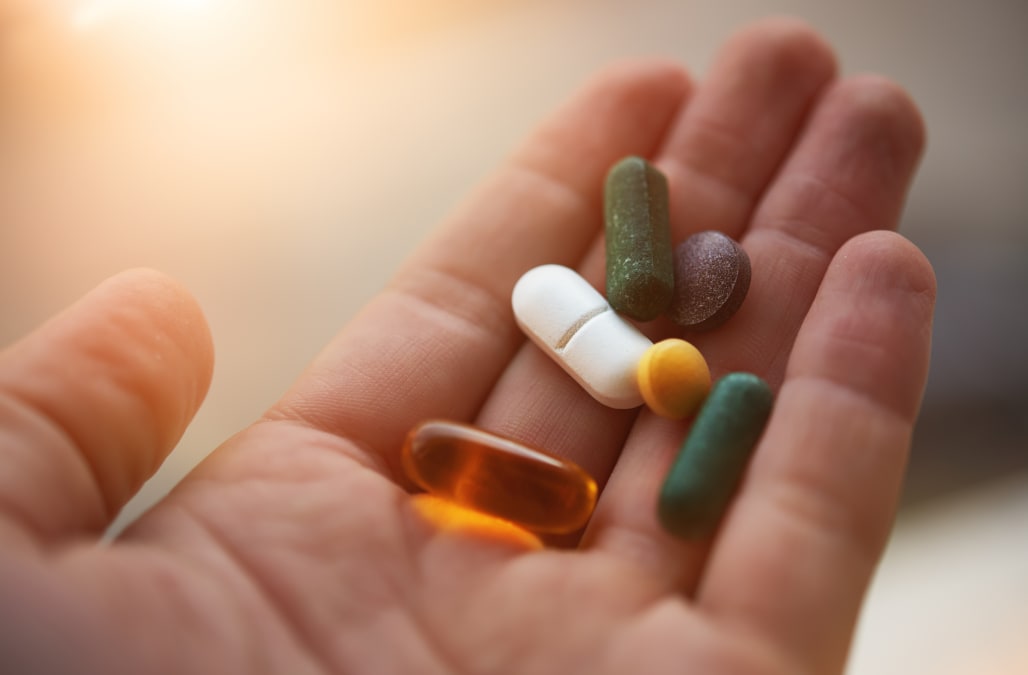 The root for the word vitamin is “vita” from the Latin word meaning “life.” Now researchers are finding that vitamin D can help the lives of people suffering with multiple sclerosis by reducing the recurrence of relapses, as well as by protecting those genetically or geographically at risk for developing the disease.

“When people have MS, their immune system doesn’t know a friend from a foe, and it goes on hyper-alert attacking the protective myelin sheath covering nerve cells in the brain and spinal cord. This process results in various and often progressive health problems in other parts of the body,” explains Dr. Dusan Stefoski, associate professor of neurology at Rush University Medical Center in Chicago. “But there’s a growing body of research showing the presence of vitamin D in the cells acts as regulator for the immune system so it no longer goes on the offensive.”


Three studies – one at the University of Oxford in England, one at Norway’s Innlander Hospital and the other at the New Jersey Medical School – reported that maintaining adequate levels of vitamin D taken in the form of supplements not only lowers the risk of developing MS but also reduces relapses in those who already have the illness. All three studies were published in the journal Neurology.

[See: What’s the Healthiest Month to Be Born In?]

The connection between vitamin D and MS is further supported by the link between sunlight and the risk of developing the disease. “Other than supplements, the best source of vitamin D (specifically D3) is sunlight,” says Dr. Christopher Lock, MS specialist at Stanford Health Care in California. “Research confirms there’s a link between the distance people live from the equator, the less sunlight they receive and the higher their risk for developing MS.”

Finnish researchers also found that babies born in the spring are more likely to get MS. The most at risk are April babies, when there’s a 9.4 percent higher risk, while those born in November had an 11.1 percent lower chance of getting MS. The reason? These babies are conceived and carried during the darkest months of the year.

“Since we’re spending more time indoors and putting on sunscreen when we do head outside on sunny days, it’s not surprising more Americans than ever before are deficient in D,” Lock says. According to a 2009 paper published in the Archives of Internal Medicine, 45 percent of the nearly 18,883 people tested across the United States were deficient in the vitamin.


So how do you know if you’re one of them?

A simple blood test that doesn’t involve fasting can measure your level of vitamin D. But since it’s not part of a routine blood screen, you might have to request the test from your doctor. “A normal range is between 32 to 100″ Lock says, “with doctors usually aiming for the middle range of 50.”

Stefoski says, “In general, I recommend between 3,000 to 5,000 units of vitamin D daily to my MS patients and check levels every three months to see if the dose needs to be modulated.” The recommended daily allowance for healthy individuals is 600 IUs for people between the ages of 1 and 70 years and 800 IUs for pregnant and nursing women, as well as for folks over 71 years of age.

Sunlight and supplements aren’t the only way to contribute to your RDA of Vitamin D. It can also be found in foods. The National Institute of Health lists fatty fish such as salmon, mackerel, tuna and sardines as good sources. Small amounts of D can also be found in beef liver, cheese and egg yolks. Also, many foods are now fortified with the vitamin. Check labels carefully. The most common products with D added are milk, ready-to-eat breakfast cereals, yogurt, orange juice and even ice cream. But Lock cautions: “Even if we consciously choose foods that offer vitamin D, we can’t get enough from diet alone. That’s why supplements are recommended.”

And investing in vitamin D supplements is well worth it. For one thing, it’s relatively inexpensive. A bottle of 300 pills can usually be purchased for under $10. “It’s not just beneficial for MS,” Stefoski says. “D has been shown to help other autoimmune disorders like lupus, rheumatoid arthritis and gut diseases like Crohn’s and colitis, as well as providing a reduced risk of colorectal cancer.”

It’s also rare to develop a toxic reaction to vitamin D, even in high doses. “Participants in studies have been given as much as 4,000 to 5,000 IUs daily without any side effects,” Lock points out. The Mayo Clinic’s website says when there is a reaction: “The main consequence of vitamin D toxicity is a buildup of calcium in blood (hypercalcemia), which can cause poor appetite, nausea and vomiting. Weakness, frequent urination and kidney problems also may occur.” Simply stopping high doses of D will most likely solve any problems. In extreme cases, a doctor may prescribe fluids and medications, sometimes given intravenously.

In any case, if you’re considering bumping up your Vitamin D intake above the RDA, first speak with your doctor.

More from US News:

Before an MS Diagnosis, Rule Out These Conditions First

You’ve Just Been Diagnosed With Rheumatoid Arthritis. What Do You Need to Know?

How to Prevent the Onset of Rheumatoid Arthritis