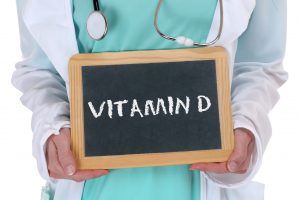 Vitamin D can be sourced through food, but it is primarily synthesized in the skin through UVB exposure. People who live in areas with low sunlight exposure have higher rates of vitamin D deficiency, along with higher rates of inflammatory bowel disease (IBD).

The researchers looked at 10 healthy participants along with 37 Crohn’s disease patients. Vitamin D bioavailability tests were conducted on all subjects. After blood was drawn, each participant was given 50,000 IU oral dose of vitamin D2 and had their blood drawn again after 12 hours. The researchers found that Crohn’s patients on average had 30 percent reduced ability to absorb vitamin D2, compared to the normal subjects.

The study affirms the importance of a vitamin D absorption test. Lead author Francis Farraye explained, “We demonstrated that neither disease activity nor prior surgery or location of disease predicts the ability to absorb vitamin D.”

Senior author Michael Holick added, “Since the ability to absorb vitamin D in Crohn’s disease patients is unpredictable, the only way to determine absorption efficiency is to perform a vitamin D bioavailability test. This test is convenient and its use may guide clinicians in administering the appropriate therapeutic dose of vitamin D for treating vitamin D deficiency in patients with Crohn’s disease.”

Farraye concluded, “Our data support the use of an oral vitamin D absorption test in CD patients, especially in those patients who could not correct in the vitamin D deficiency by either dietary or pharmacologic means.”

In an alternative study, researchers found that supplementing with vitamin D may impact intestinal barrier dysfunction associated with Crohn’s disease. These findings could play a role in treatment of Crohn’s disease.

In a double-blind randomized placebo-controlled study, the researchers assigned 27 Crohn’s disease patients in remission to a daily dose of 2,000 IU of vitamin D supplement or a placebo for three months. The researchers found that patients treated with vitamin D supplementation were more likely to maintain their intestinal permeability – which deteriorated in the placebo group. Patients with highest levels of vitamin D also showed reduced inflammation and reported improved quality of life.

The authors concluded, “This is the first reporting of effects of vitamin D supplementation on intestinal permeability and antimicrobial peptide measures in a Crohn’s disease cohort. Whilst the data requires further confirmation, it broadly supports evidence from previous experimental studies that suggest a role for vitamin D in maintaining intestinal barrier integrity.”

Additional research is still required to better understand whether vitamin D supplementation can be an effective mode of treatment for Crohn’s disease patients.

Crohn’s disease and ulcerative colitis are part of the group of conditions known as inflammatory bowel diseases (IBD). Prior to the 20th century, before the rise of hygiene and urbanization, inflammatory bowel disease was quite rare. Currently, IBD is found in developed countries and is believed to be caused by a lack of germ resistance development – although the exact cause is still unknown. Continue reading…

To promote healthy digestive and intestinal functionAs low as $24.99 per month 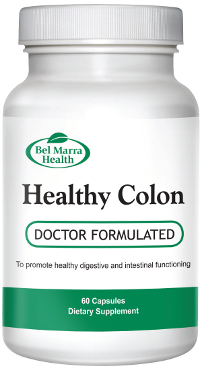 Shields stomach lining and eases gastric discomfort As low as $24.99 per month