Taking vitamin D during pregnancy may strengthen the bones of babies born in the winter months, a study has found.

The supplements are thought to counteract the seasonal drop in vitamin D levels caused by lack of sunlight.

Bone growth in the womb and during early infancy is linked to overall bone strength later in life. Weaker childhood bones may predispose an individual to conditions such as osteoporosis in older age, say experts. 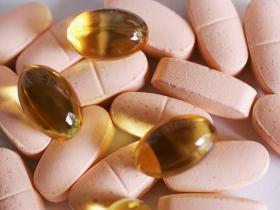 For the new study scientists recruited 1,134 women from Southampton, Oxford and Sheffield who were between 14 and 17 weeks pregnant, and had low to normal levels of vitamin D.

Half took a 25 microgram vitamin D capsule daily while the other half were given inactive placebo pills.

Overall, the researchers found no significant difference in bone mass between the babies born to each group of mothers.

But further analysis showed that babies born during the winter months benefited if their mothers took vitamin D supplements while pregnant. Their bone mass was higher than that of winter-born babies whose mothers received the placebo.

Co-author Professor Nicholas Harvey, from the Medical Research Council Lifecourse Epidemiology Unit at the University of Southampton, said: “Babies’ bones strengthen during the last stages of pregnancy. Since sunlight is our most important source of vitamin D, mothers’ levels of vitamin D tend to drop from summer to winter, and babies born in the winter months tend to have lower bone density than those born during the summer.

“The trial has given us the first evidence that supplementing mothers with vitamin D during pregnancy counteracts the seasonal drop in maternal vitamin D levels and may help to ensure good bone development in these winter births.”

The research is reported in the journal The Lancet Diabetes and Endocrinology.

Dr Benjamin Jacobs, consultant paediatrician at the Royal National Orthopaedic Hospital in London, said: “This study therefore needs to be taken into account when reviewing the current Vitamin D advice particularly for pregnant women in the UK and beyond.“