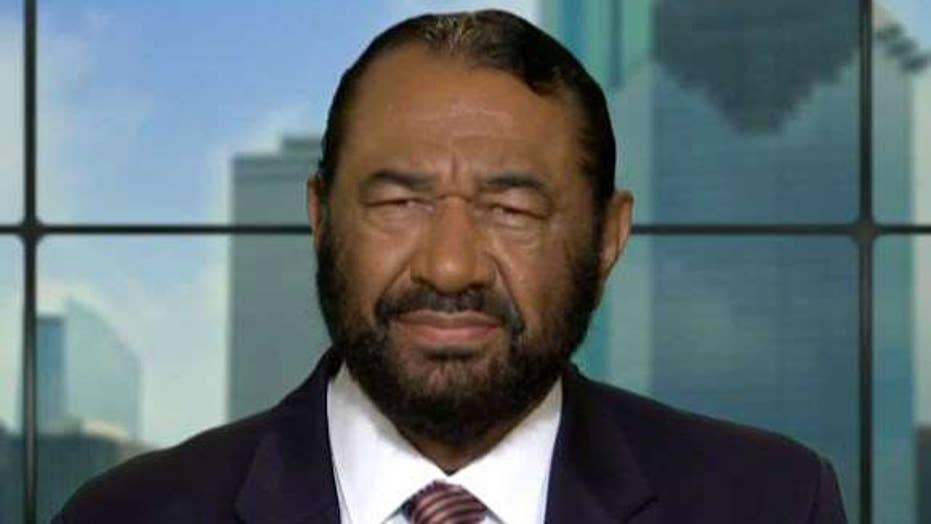 Rep. Al Green on his push for impeachment proceedings against President Trump

Rep. Al Green, the Texas Democrat who has pushed to impeach President Trump every year that the commander-in-chief has been in office, said Sunday that “impeachment is not dead,” despite findings from Special Counsel Robert Mueller’s probe showing the Trump campaign did not collude with Russia.

The congressman tweeted that Mueller’s report, which was submitted on Friday and the key findings of which were released Sunday, “did NOT investigate bigotry emanating from the Presidency harming our country.”

Green’s sentiment echoed what he told Fox News’ Neil Cavuto on  “Your World with Neil Cavuto” earlier this month — that “bigotry is impeachable.”

The Democrat said during his interview that he planned to force an impeachment vote against Trump, despite a lack of support from House Speaker Nancy Pelosi, D-Calif.

“It’s not about any one person, it’s really about the concept of ‘government of the people, by the people, for the people’ and the notion that we have a democracy. And, within this democracy, our Constitution accords this right to bring impeachment to the floor for every member of our caucus,” Green said.

On the first day of the new Congress this year, Green and Rep. Brad Sherman, D-Calif., introduced articles of impeachment against the president. The pair also pushed for impeachment in 2017 and 2018, to no avail.

SCHIFF SAYS THERE IS STILL ‘SIGNIFICANT EVIDENCE OF COLLUSION,’ PLANS TO SUBPOENA TO SEE MUELLER REPORT

Key findings of Mueller’s report were released on Sunday by Attorney General William Barr, who wrote a four-page summary of the report’s “principal conclusions.”

According to Barr, the special counsel’s office “did not find that the Trump campaign, or anyone associated with it, conspired or coordinated” with Russians who worked on hacking efforts hoping to sway the 2016 presidential election “despite multiple offers from Russian-affiliated individuals to assist the Trump campaign.”

The nearly two-year-long investigation “did not draw a conclusion” on whether Trump obstructed justice, but did hand over the responsibility of determining “whether the conduct described in the report constitutes a crime” to the attorney general’s office.

Barr wrote, “The Special Counsel states that ‘while this report does not conclude that the President committed a crime, it also does not exonerate him.'”