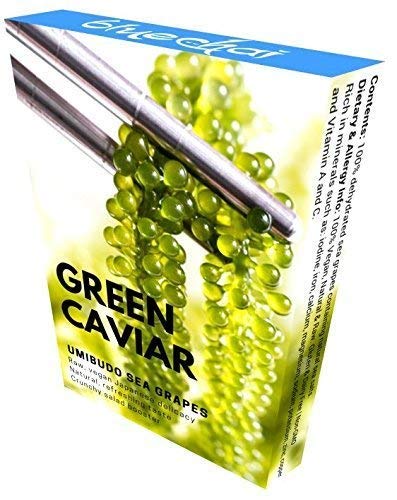 Sea grapes, also known as Umibudo, is a tropical aquatic vegetable that is very popular in Japan where it is considered a delicacy. It is highly regarded for its succulent appearance, refreshing taste and pleasing “pop” when you eat it.

The sea grapes seem to almost explode in the mouth releasing a unique flavor of the sea!

In search of other secrets of nature, we have found in Japan: Green caviar! Sea water plants with the highest nutrient density from the genus of Caulerpa Lentillifera algae, a natural seaweed – alga, which is cultivated, cultivated and processed in Japan.

Each bag ordered contains 3.5oz/100g dehydrated Umibudo algae which yields about 500g/1 pound of fresh sea grapes once soaked. This kind of seaweed can reach up to 5 meters in length but only the extremities including the so called “sea grapes” are consumed.

Here in Okinawa, Japan we harvest our sea grapes where they have been enjoyed for eons. Sea grapes are usually eaten raw with vinegar, as a snack or in a salad. You can enjoy them raw with soy sauce or rice vinegar mixed with mustard.

Due to their exceptional surface, these aquatic plants can absorb valuable nutrients such as amino acids, mineral salts, trace elements, vitamins, polyphenols and flavonoids from the seawater and – in comparison to terrestrial plants – store up to 1000 times higher concentration.

In Japan, this alga is a delicacy and makes for a fantastic decoration. The sea pearls/sea grapes are eaten fresh, dressed as a salad or simply as a snack in between. They slightly taste like seaweed and have a consistency like real caviar, a crisp freshness kick when eating the natural sea grapes is guaranteed. 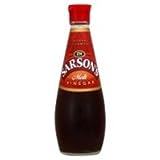 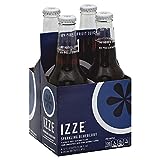